Neither Messi nor Neymar were included in Mauricio Pochettino's squad as they build fitness at the start of the season, although PSG's latest signing was paraded on the pitch alongside Sergio Ramos and its other recruits before the match.

It was Kylian Mbappe who was front and centre once the action got underway, netting the second goal before creating the third for Julian Draxler and the fourth for Pablo Sarabia after Mauro Icardi – surely one of the men to make way in a full-strength XI – had opened the scoring.

Sarabia's goal came after Alexander Djiku's late red card, prior to which Strasbourg threatened to wipe out PSG's lead, hitting back through Kevin Gameiro and Ludovic Ajorque to dampen the party mood a little.

The game had begun amid a raucous atmosphere and there were just 139 seconds on the clock when Icardi met Abdou Diallo's left-wing cross with a fine header, deemed onside after a VAR (video assistant referee) review.

Strasbourg did not immediately fold, but two deflections in quick succession appeared to put the game beyond it.

First, Mbappe cut inside from the left and arrowed in a shot that was redirected beyond Matz Sels by an unwitting Ajorque, then the France forward went to the byline and his cross looped up off Lucas Perrin for Draxler to tap in.

However, Sels blocked bravely from Mbappe at the start of the second half, allowing Strasbourg to go down the other end and score as former PSG forward Gameiro expertly nodded beyond Keylor Navas.

In a repeat of earlier in the half, Sels then denied Mbappe and Ajorque produced an even better header to prompt real nerves in the home ranks.

But Djiku, already booked, was carded once more for a foul on Icardi, reducing Strasbourg to 10 men and putting PSG back in the ascendancy, with another Mbappe run down the left resulting in a simple finish for Sarabia.

Messi and Neymar were not the only big names in attendance, with Ramos and, notably, Marquinhos also in the stands rather than on the pitch.

While Mbappe was able to lead the line effectively, the stand-in defenders were less impressive. Strasbourg was allowed to have eight attempts, with both goals coming from crosses – two of three that found visiting players in the PSG area.

As PSG fans eagerly await Messi's debut, it next turns its focus to next Saturday's (AEST) trip to Brest. Strasbourg will host Troyes next Monday (AEST). 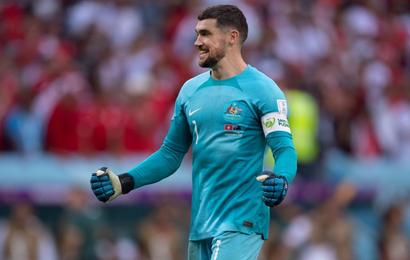 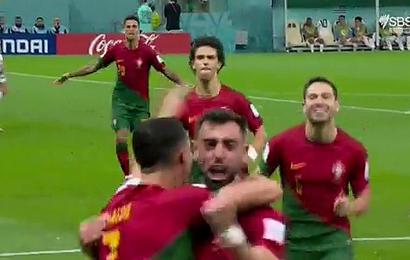 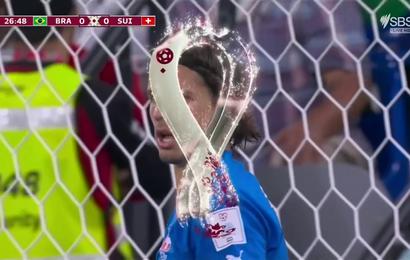