England will be looking to win their first piece of international silverware since 1966 but will face a stern test from a Netherlands side who have looked rejuvenated in the Nations League under the guidance of Ronald Koeman.  As ever, you will be able to follow all of the action via beIN CONNECT.

The Netherlands will be looking to continue their impressive form in the Nations League, and progress to the final which will be played against the winner of Portugal and Switzerland in the first semi-final.

It’s been an impressive inaugural Nations League campaign for the Dutch who got the better of World Champions France and old rivals Germany to top Group 1 A. Having looked down and out in their final game against Germany, Ronald Koeman's side fought back from 2-0 down to draw 2-2 thanks to a last gasp Virgil van Dijk goal to ensure progression to the finals.

Fresh from leading Liverpool to the Champions League crown Virgil van Dijk will be the key man for the Netherlands. The centre back has been imperious for both club and country this season, winning the Premier League player of the season award in the process. Having just played the Champions League final at the weekend, questions will be raised about his match fitness but van Dijk will almost certainly start at the Estádio D. Afonso Henriques stadium. 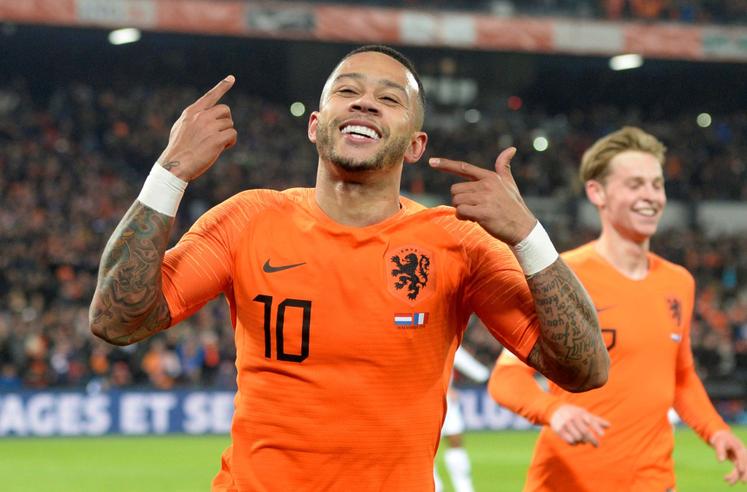 As for England, they are dreaming of Nations League glory in Portugal to arrest 53 years of hurt since the 1966 World Cup win. The Three Lions have been on a high since their appearance in the semi-finals in the World Cup last summer, and Gareth Southgate will be looking to get the better of the Netherlands and to add some silverware to underline their progression.

England started their Nations League campaign poorly, losing 2-1 in their opening game against Spain and a 0-0 draw away to Croatia. However Southgate’s side rallied in impressive fashion, registering a remarkable 3-2 win away to Spain and a 2-1 come from behind victory against Croatia to seal a place in Portugal.

Raheem Sterling has enjoyed a sensational domestic season with Manchester City, scoring 17 goals and registering 10 assists in 34 league games. The flying winger has blossomed under the tutelage Pep Guardiola, with four goals in his last two England outings, Sterling will be looking to fire the Three Lions to Nations League glory.

It certainly promises to be an interesting encounter as Netherlands and England battle it out for a place in the Nations League final. Follow all the action Live & Exclusive on beIN CONNECT.