Chelsea will be looking to ease into the semi-finals as they host Porto in the second leg of the UEFA Champions League quarter-finals. Chelsea took the advantage with two away goals in Seville last week after academy boy Mason Mount and new signing Ben Chilwell guided the Blues to a 2-0 victory.

Goals from Mason Mount and Ben Chilwell, have put Chelsea well in control of their second-leg game against Porto. #beINUCL #UCL

Thomas Tuchel has breathed new life into Chelsea after taking over from club legend Frank Lampard, as they fight on in the race for top four in the Premier League, A 4-1 thrashing of Crystal Palace on Saturday adds to the confidence Chelsea are already feeling heading into their tie on Tuesday.

In team news, Tuchel will be fortunate to have no players injured however he does have two centre backs in Christensen and Thiago Silva who are both doubtful. Meanwhile, both Matteo Kovacic and Hakim Ziyech will miss the next game if they are booked, providing Chelsea goes through. 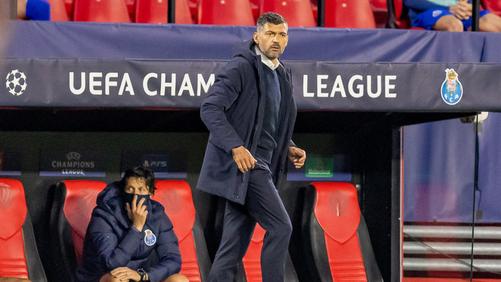 Porto will have a mountain to climb after conceding two goals in their home tie. However the Portuguese giants did stun Juventus in the round of sixteen, and you wouldn't put a shock win past the two-time Champions League winners.

The Portuguese side currently sits in second place in the Primeira Liga, and picked up a 2-0 win at the weekend against  Tondela, leaves them just six points behind as the league comes to its end.

It is clear that Porto, has the ability to trouble Chelsea as was shown in the first-leg  Juventus, therefore it would be a mistake for Chelsea to underestimate and drop their guard against Sérgio Conceição's men.

in team news, Porto goes into this fixture like Chelsea with a fully fit squad, with just Mbemba running the risk of a suspension if booked.

It will certainly be a night no one would want to miss. You can watch both Chelsea v Porto and PSG v Bayern Munich on beIN SPORTS.