Gerard Pique scored the only goal as Barcelona beat Dynamo Kiev 1-0 at Camp Nou to get off the mark with their first victory in this season's Champions League.

Barca had lost their opening two group games for the first time ever, going down 3-0 to both Bayern Munich and Benfica, but they were good value for the three points.

Pique volleyed in a first-half opener to end a run of 287 minutes without a goal in the competition for the Catalans and they looked comfortable without adding to their scoring.

The win moves Ronald Koeman's men above Kiev into third place in Group E, a point behind Benfica and three off Bayern Munich, with those two sides meeting later on Wednesday.

Barca had recorded fewer shots on target (one) than any side in the competition heading into gameweek three and that lack of cutting edge was again on show as Sergino Dest failed to test Georgi Bushchan with a close-range header early on.

Luuk de Jong was also off target with a headed attempt from six yards, though the striker did at least manage to force Bushchan into a first save three minutes later with a curled shot from the edge of the box.

The hosts' breakthrough duly arrived through Pique with 36 minutes played, the centre-back being left in space to guide in Jordi Alba's latest exquisite cross with a first-time finish.

Ansu Fati, brought on for the ineffective De Jong at half-time, wasted a good chance to score Barca's second when getting his angles all wrong and sending an overhead kick wide of the target.

Barca could not fashion any more opportunities, but the Ukrainian champions failed to ask any questions of their opponents, not registering a single shot on target as Pique's goal proved the difference. 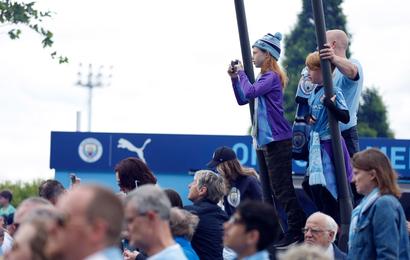