That had always been the goal, the ambition, the prize that was tantalizingly out of reach. Real Madrid, who had last won the famous trophy with the “big ears” had beaten Bayer Leverkusen in 2002 in Glasgow, a game that had featured a Zinedine Zidane volley that would be spoken of as the best ever scored in a European final. Leverkusen, with Michael Ballack in the starting lineup and Dimitar Berbatov to come on just before half time, had knocked out a strong Manchester United side on their run to the final, but a star-studded Real Madrid side would prove a step too far, the game decided by a moment of magic from Zidane.

Real then went more than a decade without even reaching the Final, an eternity for them (and unthinkable now). The wait was made even worse by the fact that during that period Barcelona had won the Champions League three times, including twice in two years with a team many described as the best ever in club football.

Even worse, the Final had also been played at the Bernabeu in 2010 (between those Barca triumphs), where Jose Mourinho’s Inter Milan side defeated Bayern Munich to cap off their historic Treble. That four of the starting XI for Inter (Esteban Cambiasso, Walter Samuel, Wesley Sneijder, and Samuel Eto’o) had played for and left Real in the preceding years was worse still, and it was perhaps that aggravating fact that inspired Real to snatch Mourinho from Inter almost immediately after the Final. 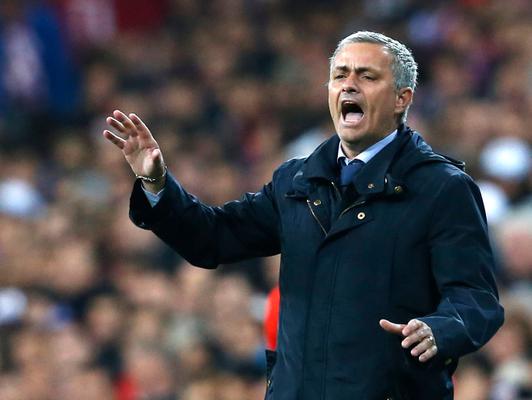 But even with the Special One at the Bernabeu, Real were unable to find that magical 10th title. Mourinho departed, his name added to the long list that included Carlos Queiroz, Vanderlei Luxemburgo, Fabio Capello, Bernd Schuster, Juande Ramos, and Manuel Pellegrini. The list of managers that had been recruited to secure La Decima, and failed.

The wily Italian with the wildest eyebrow had won the Champions League and European Cup a total of four times with AC Milan as player and manager, and so seemed a decent pick for Real. Still, Mourinho had appeared a sure bet as well and had failed, but Ancelotti was a different beast altogether, and one of his earliest moves was to confirm the appointment, or promotion, of the coach of the Real Madrid Castilla (effectively their “B” Team) to the first team to serve as his assistant.

That man was Zinedine ZIdane.

Their 2013-14 Champions League started off more than well, with a 6-1 away win at Galatasaray. Isco and Karim Benzema were among the goals, though the headlines were stolen by a Cristiano Ronaldo hat-trick. Two more wins followed, over Copenhagen and Juventus, with more goals from Ronaldo, and Real comfortably finished top of Group B with 16 points, Galatasaray advancing with a measly 7 with a shock final day win over Juventus.

In the Knockout Stage, Real was drawn against Schalke, an exciting if inexperienced side that was slain with ease, a 9-2 aggregate scoreline not flattering the Spaniards. Schalke’s Ruhr rivals Borussia Dortmund awaited Real in the Quarter-finals, evoking nightmares of their Semi-final tie the previous season, where a Robert Lewandoski masterclass put Real to the sword as Jurgen Klopp and Dortmund progressed to the Wembley final.

This time, though, it was Ancelotti and Real who scraped through, a 3-0 first-leg win enough as they hung on in the second leg, a Marco Reus brace unable to save Dortmund’s hopes of a second successive Final but allowing Real’s to linger.

Yet another German club was to challenge Real’s march, as they were to face defending champions Bayern Munich (featuring Toni Kroos) in the semi-finals. What was meant to be a match of class and culture turned out to be a catastrophe for the Bavarians, and Real ran away 5-0 winners on aggregate, the result made all the sweeter with former Barcelona boss Pep Guardiola in charge of Bayern.

So a Madrid derby Final was set, Real and Atletico to meet in Lisbon. Diego Costa had been a monster to deal with for every side Atletico had come up against all season, and much of Atletico’s hopes were pinned on the feisty forward as the two sides went into the game. Thibaut Courtois was in goal for Atletico, who had captured the hearts of neutrals with a La Liga title win earlier in the week, and manager Diego Simeone was aiming to join a small cartel of non-European managers to have won the competition.

Watching the Final with colleagues in Doha, I remember thinking that Atletico could actually do it. When Diego Godin put them ahead, mirroring his goal that won Atletico the league title against Barcelona, I was on the edge of my seat. Looking around, everyone else was too.

Barcelona fans had turned out en masse to hope that the side that had just defeated them would defeat their great rivals, with neutrals rooting for the “smaller” side in Atletico as well. We had begun to believe that Real was going to have to wait yet another year for La Decima, even if Diego Costa had gone off injured.

And then Sergio Ramos did what Sergio Ramos does. Their captain went and pulled his side out of the fire, deep into injury time. Real went on to overpower Atletico in extra time, Angel Di Maria and Gareth Bale combining for a memorable second and with two more goals (including a mandatory one for Cristiano Ronaldo), La Decima had been secured, finally. 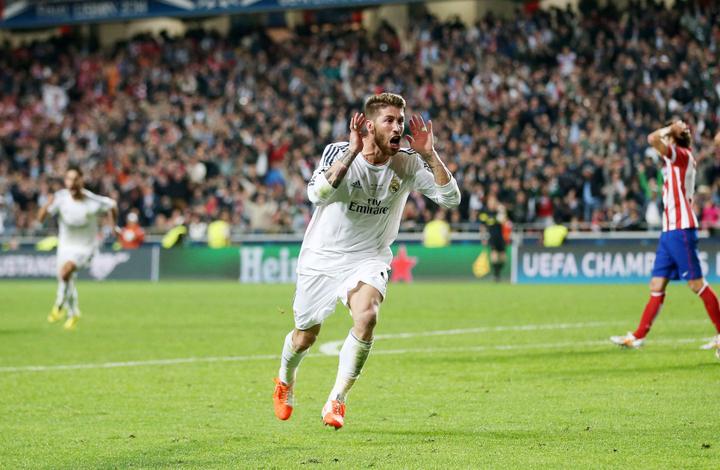 Real Madrid in 2014 finally attained the brightest of crowns they had for so long failed to grasp. Zidane, and Real, would go on to win 3 of the next 4 Finals as well, including a rematch against Atletico where Sergio Ramos scored once more. Juventus and Liverpool also fell to the Madrid machine, and these days one can almost forget that they had to wait so long for number 10. La Decima. It had been their desire, had filled their dreams, and now they could truly realize it as their destiny.

Next This Day in Sport - Liverpool Blitz Man City
Read