The first all-English final in the history of the UEFA Champions League certainly lived up to the expectation, on this day in 2008.

As for Chelsea, it was their first Champions League final, after a dramatic semi-final victory over fellow Premier League opponents, Liverpool.

Such was the anticipation for this match, nearly 18 million viewers tuned in to watch the game on television in the UK alone. It was the only event the UK was fixated on at the time.

The game finished 1-1 after Cristiano Ronaldo’s header was cancelled out by Frank Lampard left-footed dink over Edwin van der Sar.

The second half and extra time passed without much incident until Didier Drogba was sent off for slapping Nemanja Vidic. Despite that, the game went to penalties, and after Cristiano Ronaldo missed from 12 yards, it gave Chelsea’s long-standing captain John Terry the opportunity to deliver what everybody associated with Chelsea had longed for.

John Terry's Champions League final penalty might have been the greatest of all time if he'd stuck with Plan A!

Speaking on the Keys & Gray show recently, Terry admitted he had been practising Panenka-style penalties in training prior to the match. If only he executed one in the final.

Terry scoring his penalty would've won the Champions League for Chelsea - what happened on the night cost Chelsea the crown. Terry slipped in the Moscow rain, and his penalty struck the post.

The former Chelsea captain told Keys and Gray that he knew he missed as soon as he hit it. The missed kick sent the shootout to sudden death, and a crucial save from Edwin Van der Sar from Nicolas Anelka's penalty meant United lifted the trophy. 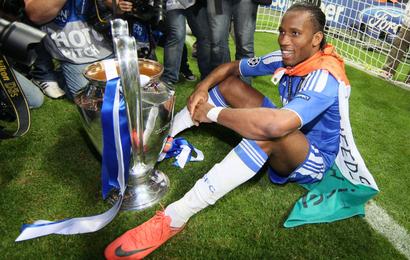