Froome came into the race as Team Sky's lead rider and the Tour's defending champion, also holding the Vuelta a Espana and Giro d'Italia titles, but Thomas emerged to clinch a thoroughly deserved victory.

The Britons stood together on the podium on Sunday - Froome having finished third - and Thomas, muddling through his thanks and initially forgetting both his team-mate and his wife, paid tribute.

"I'll always have respect for you. Thanks a lot."

Explaining his forgetful nature after requiring the help of second-placed Tom Dumoulin to name his other team-mates, Thomas described his emotions.

"I'm pretty tired. The whole team were incredible, the staff as well, everyone," he said.

"I got into cycling because of this race. I remember running home from school to watch the Tour de France. The dream was always just to be a part of it and that came true 12 years ago, back in 2007.

"Now I'm here, stood in the yellow jersey. It's insane, it's incredible, it's a dream come true."

He added: "To everyone back home: just dream big. 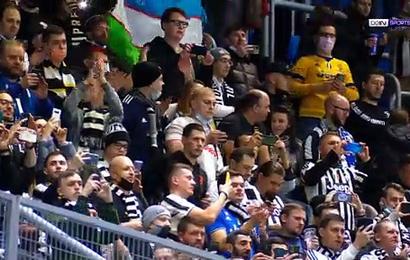