AS Roma legend Francesco Totti has revealed that he came close to signing with La Liga giants Real Madrid, but decided against a move to the Spanish capital out of respect to the fans of the club he supports.

Totti, 42 has now retired from the game and is a currently a director of his childhood club. Today also marks the 26th anniversary Totti's first appearance for Roma playing in a 2-0 win against Brescia at the tender age of sixteen.

Interestingly when asked about any other sides who approached him for his signature the World Cup winner revealed that Los Blancos did come close.

"I was really close to moving to Real Madrid but I had a big decision for my life to stay in Roma for all my career."

Totti had been linked with a move to the Santiago Bernabeu in the summer of 2006, however, the Italian added that he turned down Los Merengues to stay on with his childhood club to respect the fans who stood by him down the years.

"Of course, if I should decide to change, my option was to go to play abroad and only to Real Madrid out of respect to the people and supporters of Roma. In the end, I took the right decision to stay with my team that I have always supported and forever I will support."

Totti was certainly vindicated to turn down the Spanish giants as he went on to become Roma's all-time leading goalscorer and appearance maker cementing his legacy as a legend for the Giallorossi. 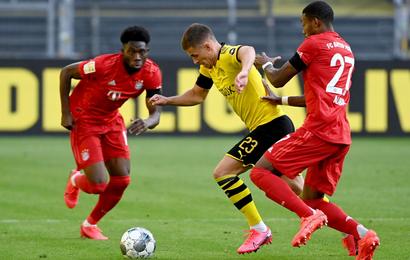