Napoli and AC Milan played out an entertaining 2-2 draw on Sunday evening between two European hopefuls in Serie A. In a game which saw Napoli boss Gennaro Gattuso take on his former side for the first time, a second-half penalty from  Franck Kessié ensured a share of the points.

AC Milan has been on a roll recently, having registered big wins against title challengers Lazio and Juventus in their last two games. It didn't take long for the Rossoneri to take the lead, albeit against the run of play. Ante Rebić clipped in a cross to the back post which was found by Theo Hernandez, who volleyed the ball into the ground past David Ospina with the game just twenty minutes old.

Napoli grew into the contest and found a way back in on the 34th minute. Kalidou Koulibaly was fouled on a surging run and the resulting free-kick from Lorenzo Insigne was pushed away by Donnarumma into the path of Giovanni Di Lorenzo who had the easiest of finishes. The first half ended 1-1.

Napoli grew in confidence in the second half and took the lead as Dries Mertens scored just on the hour mark. Callejon provided the cross for the Belgian international who swept a shot towards goal which bobbled through the legs of keeper Gianluigi Donnarumma, for his 125th goal for Napoli.

Ten minutes later, Milan levelled the tie at 2-2. Giacomo Bonaventura was bundled over by Nikola Maksimović after a lengthy wait Franck Kessié stepped up to wrongfoot Ospina to give the visitors parity.

The final third of the game was perfectly set up for a grandstand finish, however both sides tired as a brutal schedule took it's toll on players from both sides, in the final moments Milan player Alexis Saelemaekers was shown two quick yellow cards, but it made little differnce to the contest. 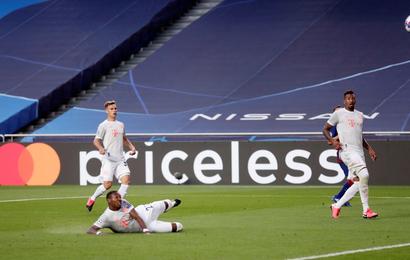