It is a feel-good story that would delight any football follower. Atalanta the debutants taking on the best of Europe and winning; it is like David and Goliath and the underdog creating the headlines.

Add to this exciting drama; Atlanta would achieve this feat by not playing in their home city of Bergamo. Atlanta plays their 'home' Champions League games at the San Siro in Milan, because their home ground, Gewizz Stadium, is currently undergoing renovation works. The club received special dispensation to play their games in Milan, a city with no representation in this season's competition. It is a scriptwriter’s dream.

It was an extraordinary story when Atalanta qualified for the knock-out stage of the Champions League. They achieved this feat in a manner that made the story all the more unbelievable. Atalanta had failed to win any of their first four matches and had lost the opening three, conceding eleven goals in those defeats. However, every Atlanta supporter who travelled 'away and away' were still in a happy mood. It was a vibe that would change forever, because, on matchday six in Ukraine, Atlanta qualified.

A 3-0 win in Kharkiv against Shakhtar Donetsk. It was a victory against a team who could not play their home games at home. Unlike Atalanta, Shakhtar could not do so because of the war in eastern Ukraine.

From #UCL debutants to last 16 hopefuls ✅

Atalanta had dragged themselves out of a very dark hole and were now in the last 16. The story continued with Atlanta steamrolling past Valencia eight-four on aggregate to reach the quarter-finals before COVID-19 wreaked his ugly head on the competition and global sport. The virus hardest hit Bergamo in Italy. It is now a city under siege.

On the domestic front, Atalanta had finished the last season in third place, thus qualifying for Europe's premier competition for the very first time. La Dea struggled at the beginning of the season only winning once in their first eight matches.

A thirteen-match unbeaten run ended that run of poor form. A terrific season under Gian Piero Gasperini saw the Bergamo side reach the final of the Coppa Italia. They lost to Lazio but did beat the defending cup and league champions Juventus in the quarter-finals. It is a far cry for a side that was docked eight points eight years earlier due to the Italian match-fixing scandal.

With a population of only approximately 120,000, the city of Bergamo prides itself with loyal support for their chosen team, Atalanta. The team may never carry the same weight as Juve, Roma or the two Milan clubs, but its following, almost tribal, will forever support the team.

Many of those will wonder the thoughts of those who founded the club in 1907. Atalanta was formed by several Swiss national students in a gymnasium. Aside from a Coppa Italia title in 1963 and an appearance in the Cup Winners' Cup semi-final in 1998, which is still the best joint-performance by non-first division club, no one could ever imagine their rise to fame over the last couple of seasons.

Now with more pressing issues to contend with, Bergamo remains under lockdown. Football is not up for a discussion with a city suffering a huge traumatic loss of life. Life will return to normal one day, but for now, the sporting aspect will play a secondary role to that.

Atalanta Bergame serie a
Previous Zlatan is our star and has 'no ego', says Milan te
Read 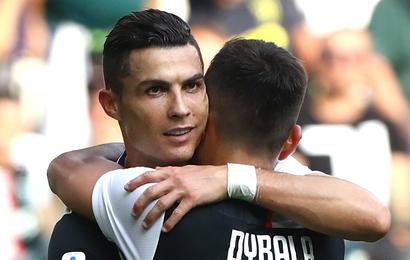 Sarri talks ahead of Turin derby

Castillejo out of Lazio clash