World number one Naomi Osaka's hopes of winning a third successive Grand Slam ended Saturday when she was knocked out of the French Open in the third round by unheralded Katerina Siniakova of the Czech Republic.

Japanese top seed Osaka, the reigning US and Australian Open champion, crashed to a 6-4, 6-2 defeat to the 42nd-ranked Czech.

Osaka was undone by a shocking 38 unforced errors as she finally ran out of luck in Paris having had to come back from a set down in her first two matches. 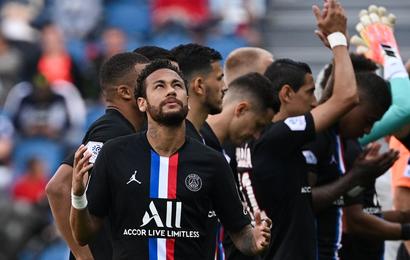