Super-sub Andriy Yarmolenko scored a last-gasp winner to give West Ham's Premier League survival hopes a huge boost in a thrilling 3-2 victory over Chelsea at the London Stadium.

Introduced in the 78th minute for Jarrod Bowen, who had earlier set up goals for Tomas Soucek and Michail Antonio, Yarmolenko coolly slotted home at the end of a swift counter-attack to stun Chelsea.

The vital result lifts David Moyes' side three points above the relegation zone, while Chelsea - for whom Willian scored twice, including a stunning free-kick - missed the chance to climb to third.

It is the first time the Hammers, who won the reverse fixture 1-0, have done the league double over the Blues since the 2002-03 season, although they were somewhat ominously relegated in that campaign.

Now for West Ham... Lanzini starts in midfield, Antonio leads the line for the Hammers!

📋 The team news is in! Here's how we line up this evening...#WHUCHE pic.twitter.com/rocBuDXzsF

Team news! Chelsea first! Tammy Abraham leads the line for Chelsea, Mason Mount has to settle for a place on the bench!

So here we go! A big London derby on a Wednesday evening in July!

Good evening! Welcome to the LIVE Updates of West Ham Vs Chelsea! The Irons are in desperate need of a win to pull away from the drop zone whilst Chelsea needs the points to stay in the mix for Champions League football. Join me for all the build-up, team news and goals from the match! 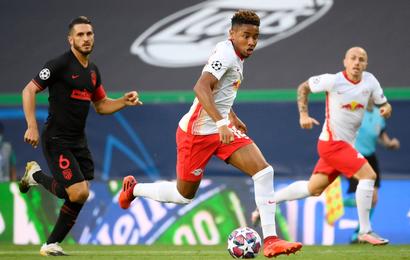