In the latest instalment of our team of the season candidates, we shine a light on the Premier League attackers who have grabbed the headlines in 2019-20.

Despite an injury-disrupted beginning to 2020, this season has felt like the coming of age for Marcus Rashford.

Not only has the England striker already posted his best goal return in a Premier League campaign (14) but Rashford has benefited from being deployed as the main man up front rather than out wide as he experienced under Jose Mourinho. As a result, Ole Gunnar Solskjaer’s faith in the Mancunian has reaped huge rewards even in the face of a challenging campaign for United.

Before suffering a serious back injury in an FA Cup replay win over Wolves, Rashford was in fine form with seven goals in his last eight Premier League games. Although the Reds subsequently enjoyed a good spell without their No.10 pre-lockdown with an 11-game unbeaten run in all competitions, one can only wonder what a fully-fit Rashford might add should United keep up their impressive form. 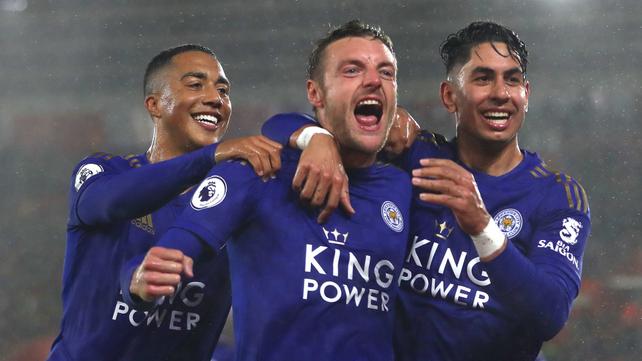 In defiance of his ageing limbs, Jamie Vardy continues to excel like a high-quality brand battery and provide the charge into a youthful Leicester City side.

In the first half of the season, no striker came close to Vardy’s tally of 17 goals as the Foxes took the Premier League by storm and asserted themselves in the top four. Amongst their scintillating form was an eight-game winning streak which saw Vardy score 11 times, including a hat-trick in the 9-0 pounding of Southampton on a rain-swept night in October.

Yes, there was a lull post-New Year and he may have gone seven games without a goal, but his return to form with a double in Leicester’s 4-0 win over Aston Villa in March suggested maybe a corner had been turned. Unfortunately for Vardy, the suspension of football denied him a chance to build-up another sustained run of form as well as leave him one goal away from joining the Premier League’s 100 club.

Upon the season’s resumption, expect to see a fired-up Vardy as he hunts down not only the golden boot, but also a significant landmark that seemed impossible only six years ago.