As we continue with our team of the season... so far, we take a look at best men at the heart of Premier League defences. Which defender from our short-list will make the team?

As part of one of the Premier League’s best stories this season, Chris Basham’s form in Sheffield United’s solid back three is one of the main reasons why the Blades have excelled. Sitting in 7th and just five points off the top four, Basham has been a key figure in Chris Wilder’s side boasting the top-flight’s second-best defence having conceded only 25 goals.

For a player who was released by Newcastle aged 16, it’s been some rise for a player who has journeyed through all four English divisions before an incredible rise from League One to the top-flight with his current employers.

Labelled ‘Bashambauer’ by the Bramall Lane support, the centre-back is not averse to gliding forward with the ball to help launch attacks for his teammates. But it is alongside John Egan and Jack O’Connell where Basham’s best work has come as the trio have proved they can handle the Premier League’s elite attackers.

Expected by many to struggle, United’s longest-serving player has proved many doubters wrong.

Despite a mixed start to life at Old Trafford, the world’s most expensive defender had begun to justify his exorbitant price tag before football’s suspension.

It is a testament to Harry Maguire’s personality that he has weathered the early storm of criticism that came, and has shown why Manchester United paid Leicester City £80 million for the defender’s services. Maguire’s upturn in form had coincided with that of United’s overall as a five-game unbeaten run in the Premier League brought four clean sheets in the process.

Maguire’s communication skills, and a natural ability to lead the defence, have impressed manager Ole Gunnar Solskjaer so much that he was appointed club captain after the sale of Ashley Young to Inter Milan in January.

Such attributes were ranked as highly by Solskjaer as his ball-playing capabilities that made him the most sought-after defender in the Premier League last summer. 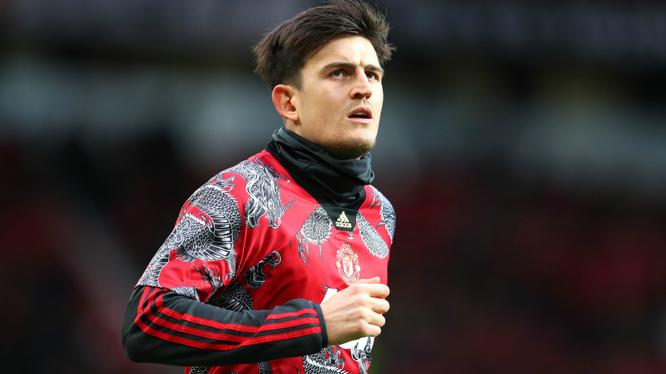 For a centre-back who’s been part of the Premier League’s leakiest defence, including him on this list may sound strange to some. But bear with us, for Tyrone Mings has been a ray of light in an otherwise testing season for Aston Villa.

Despite conceding a league-high 56 goals, Mings has produced dominant displays at the heart of the Villa defence and earned international recognition when he made his England debut against Bulgaria last October. It has been some journey after an injury-ravaged spell at Bournemouth blighted his previous top-flight experience.

Since arriving initially on loan at Villa Park in January 2019, Mings has been a standout performer helping the club to achieve promotion and his leadership qualities have been a vital asset in Villa’s fight against relegation.

Who do you think deserves to be the first center back in the team of the season... so far? Head to our twitter account to vote!