What’s New – Brendan Rodgers has made a number of interesting moves in the Summer, as Leicester seek to push for European football this season. Spanish attacker Ayoze Perez has been signed from Newcastle for an eye-watering £30 million and is expected to provide competition for Jamie Vardy.

Belgian midfielder Youri Tielemans has been secured on a full-time deal, and young right-back James Justin signed from Luton Town look like stong additions to the squad. Leicester also looks likely to sign a new centre back to cover for Harry Maguire with the England international switching to Manchester United for a world-record fee for a defender. Lewis Dunk and James Tarkowski from Brighton and Burnley remain prime candidates to fill the Maguire shaped hole in the side. 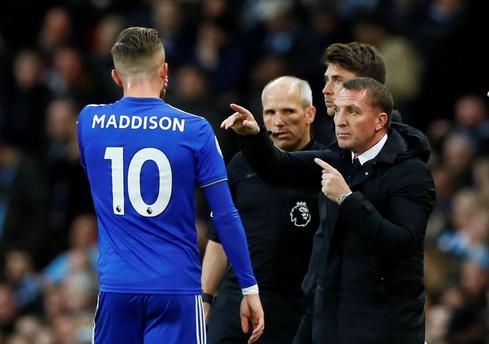 Key Man – After bedding in last season, James Maddison will be hoping to fire the Foxes to European. At just 22 years old Maddison is one of the brightest prospects in English football, the midfielder is likely to be deployed on the left-wing of a front three this season.

Having scored seven goals in his debut Premier League season, Maddison will be aiming for double figures and push his way into Gareth Southgate’s England squad on a regular basis.

What to Expect – With Brendan Rodgers in his first full season in charge, expect the Foxes to have a creditable crack at the top six this season. Much will depend on how the replacement for Harry Maguire settles into the side, but Leicester has plenty of depth in the squad to cover for the departing defender affectionally nicknamed “Slab head”. A season of thrills, spills and plenty of cringy David Brent-like quotes from Rodgers awaits, along with an impressive finish just outside the top six.