Follow the Live Updates of Liverpool Vs Norwich here

After a seemingly endless summer of football, the Premier League comes thundering into view as Liverpool take on Norwich at Anfield. Jurgen Klopp’s side will be looking to start strongly against a newly promoted Norwich side and will be facing off against compatriot Daniel Farke. You will be able to watch all of the action Live & Exclusive on beIN CONNECT and HD 11.

Can Liverpool hit the ground running as they look to duel with Manchester City for the Premier League title this season? The Reds have already lost out to City in the Community Shield last weekend on penalties, but Klopp will certainly be happy in which his side battled back after conceding an early goal against the Champions.

Liverpool has a formidable record against newly-promoted sides at Anfield, and are currently on a 25 game undefeated streak against these sides at home. In terms of summer additions, back up keeper Adrian is the only signing of note as Klopp looks not to drastically change the European Champions.

In team news, Sadio Mane is unlikely to play a part after returning to training only last week after an extended run in the African Cup of Nations. Fresh from signing a new contract with the side, expect Divok Origi to start in his place. One positive for Klopp will be that Mohamed Salah and Roberto Firmino will likely start in attack. 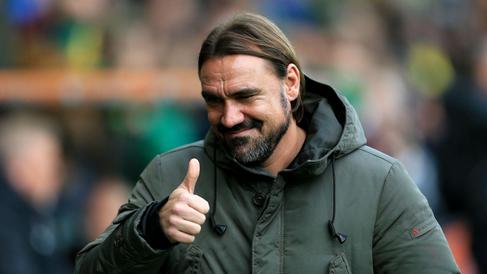 As for Norwich, the Championship winners start life in the Premier League against one of the title contenders in what promises to be a baptism of fire for Daniel Farke. The German coach will be looking to keep the good feeling going from the side that went all the way last season.

In terms of opening day results, Norwich have been poor only winning one in the last sixteen years. Farke will know well that a positive result at Anfield can set the tone for the season, especially with a squad without any Premier League talent.

Norwich elected against splashing the cash as Farke has opted for only a few additions to the team that served him so well in the Championship. Goalkeeper Ralf Fährmann and striker Josip Drmic have been picked up from the Bundesliga, whilst Sam Byram and Patrick Roberts add depth to the squad.

After bagging 30 goals last season in the Championship Teemu Pukki is likely to lead the line at Anfield, and will be a player to watch for the Canaries this season. In team news defender Timm Klose will face a late injury test for a hip complaint, but should be a part of the matchday squad.

It certainly promises to be an interesting encounter as Liverpool take on new boys Norwich in the opening game of the Premier League season. Follow all the action Live & Exclusive on beIN SPORTS.