Norwich return from the winter break with the dubious challenge of league leaders Liverpool. The Canaries are bottom of the table and are seven points away from safety. It seems unlikely that Daniel Farke’s side will inflict Liverpool’s first domestic defeat of the season.

It’s not all doom and gloom for the East Anglian side. They have shown a slight upturn in fortune picking up four points from their last two Premier League outings. This included a morale-boosting win over Burnley and a 0-0 draw with Newcastle.  Whilst at home, Norwich have not tasted defeat in their last three games, holding Tottenham and Crystal Palace to draws. Whilst a 1-0 victory over fellow strugglers Bournemouth, could this leave the door open for a shock upset on Saturday?

In team news, Swiss defender Timm Klose is the only absentee. After a winter break, Canaries fans will be hoping the pair of Todd Cantwell and Timu Pukki will be recharged enough to help the side pull off a great escape away from the drop. 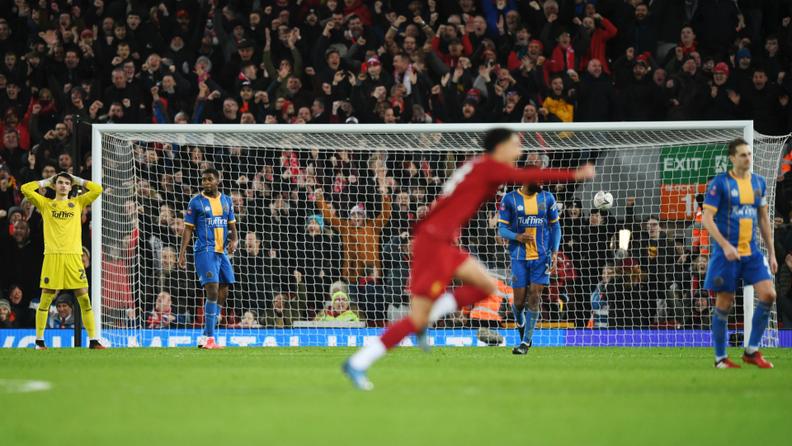 Liverpool has a first league title in thirty years insight, and few would doubt that Jurgen Klopp’s side won’t be champions come to the end of the season. With a commanding 22-point lead on second-placed Manchester City, the Reds now only need five more wins for the title.

It seems that Liverpool cannot do anything wrong at the moment, and that has been further underlined by Klopp deciding to use the U23 side in the FA Cup against Shrewsbury. It meant that his first-team stars were handed an extended winter break, and was made all the sweeter when the youngsters ran out 1-0 winners to set up a fifth-round game against Chelsea.

In team news, Sadio Mane is unlikely to feature after still recovering from a hamstring injury. The Senegalese attacker should be back in contention for the Champions League clash with Atletico Madrid. Elsewhere the pair of James Milner and Xherdan Shaqiri will not feature due to respective hamstring and shin injuries.

It certainly promises to be a fascinating encounter as Norwich face off against Liverpool Follow on the action with beIN CONNECT.