Sadio Mane made a goalscoring return for Liverpool, coming off the bench to snatch a 1-0 win for the runaway Premier League leaders at Norwich City.

Jurgen Klopp's side were on top for long spells but ceded a clear chance in each half to the Canaries – Lukas Rupp botching a one-on-one and Alexander Tettey hitting the post.

Mane duly helped the Liverpool attack shift through the gears and stepped up with the winner 12 minutes from time.

The lead at the summit is now a gigantic 25 points for Klopp's rentless Reds.

Liverpool dominated possession and pushed their hosts back for the majority of the opening period but created little of note, save for a pair of sighters from the all-action Trent Alexander-Arnold.

Indeed, Norwich enjoyed the best opening of the half, only for Rupp to miss a simple pass to Teemu Pukki that allowed a scrambling Alisson to claw to safety.

Todd Cantwell fired into the side netting from a tight angle in the 52nd minute amid some ragged moments creeping into Liverpool's play, although a Naby Keita piledriver tipped over by Tim Krul showed their threat remained.

Krul excelled himself with a brilliant double save from Mohamed Salah and Keita before the hour, after which Mane's introduction from the bench gave fresh impetus to the Reds' attack.

Grant Hanley was forced to hack out of his own goal mouth in the 71st minute before Norwich surged forward on the break and Tettey almost caught out Alisson, firing a snapshot against the outside of the right post.

Hanley then miscued a free header from Ondrej Duda's corner and Daniel Farke's side would regret not making the most of that flurry.

Mane got the run on a tumbling Christoph Zimmermann – the centre-back picking a woeful moment to stain an otherwise towering display - to collect Jordan Henderson's raking ball and lash home a forceful left-footed finish.

Roberto Firmino could have ensured a nerveless finale but ballooned Alexander-Arnold's drilled cross over from close range in the 86th minute.

Goal! Liverpool make the breakthrough! Substitute Sadio Mane lashes the ball home at the near post!

Peep! We are underway at Carrow Road!

Naby Keita is back in the Liverpool midfield and racks up his fiftieth appearance for the side!

5️⃣0️⃣ appearances in all comps 🙌 pic.twitter.com/L4fPs2dKjA

Norwich and Liverpool will be supporting the heads up campaign from the Premier League. Talking about mental health is always important!

We're showing our support for the #HeadsUp campaign today... 🤝 pic.twitter.com/IUXGR18reL

Mohamed Salah looked relaxed earlier in the week at training! Will the Egyptian king be amongst the goals tonight?

Liverpool has arrived! Just look at that fancy cap on Alisson Becker!

Now for Liverpool! One change from the side that thumped Southampton before the international break! Naby Keita is in for Fabinho who drops to the bench. Sadio Mane and James Milner shake of injuries to start on the bench. January signing Takumi Minamino does not make the matchday squad.

One change to the starting XI from our last @premierleague game; Keita for Fabinho.

Mane and Milner return to the matchday squad. https://t.co/edmad7Rm5l

Team News! Norwich first up! No changes from the side that drew with Newcastle! Plenty of pressure to Timu Pukki to find the back of the net today!

◾ The boss names an unchanged XI
◾ Godfrey returns to the bench#NORLIV https://t.co/tF2ZbBswtH

Norwich are rock bottom of the Premier League, can the Carrow Road faithful make the difference?

💛 "It's important to know how much pride you should have to wear the yellow shirt.

There is so much support, unity, passion and togetherness in this city." pic.twitter.com/ba83bIpg6i

Mohamed Salah to represent Egypt at the Olympics? Jurgen Klopp is not so sure!

#Klopp isn't sure about an #Olympic appearance for @MoSalah ⤵️ #Tokyo2020 #LFC https://t.co/YnkFQIrv6Q

The last time Liverpool took on Norwich at Carrow Road... It ended at 5-4! I wonder if we will get that many goals tonight!

With storm Dennis whipping up a frenzy in East Anglia, can Norwich upset the league leaders?

Good evening! Welcome to the Live Updates of Norwich Vs Liverpool. Will Daniel Farke's side derail Liverpool as they hunt down a first league title in 30 years? It's bottom vs top in the Premier League and it promises to be a special contest. Join me for all the build-up, team news and goals as they go in from the game. 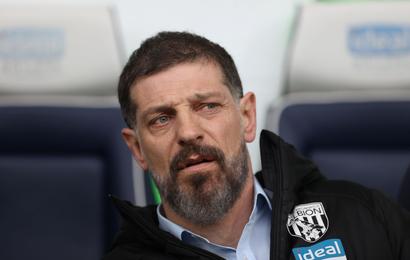 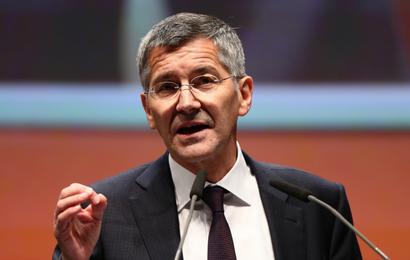