Manchester City are playing like champions-elect now, and on Sunday evening, they could become champions-elect. Pep Guardiola’s are currently on an incredible 21-game unbeaten run and are 14 points clear of second-placed Manchester United with just eleven games left to go this season.

Mathematically the title is still up for grabs, but as history dictates, it would take a monumental catastrophe for Manchester City to let slip such a considerable advantage. The statistics do not lie. Manchester City does not how to lose in the Premier League in 2021. They have not lost since the 21st of November, and although with two draws, including a goalless one in the corresponding Manchester derby on the 12th of December, Manchester City has won all their games since.

Add to their league dominance, Manchester City are still fighting in all four competitions this season, and they show no sign of easing. Their 4-1 thrashing of Wolves last Tuesday is a testament to that.

In team news, Guardiola announced in his pre-match press conference that he has a full squad to choose from on Friday. Nathan Ake was the only concern, and it appears that he has overcome his muscular complaint. 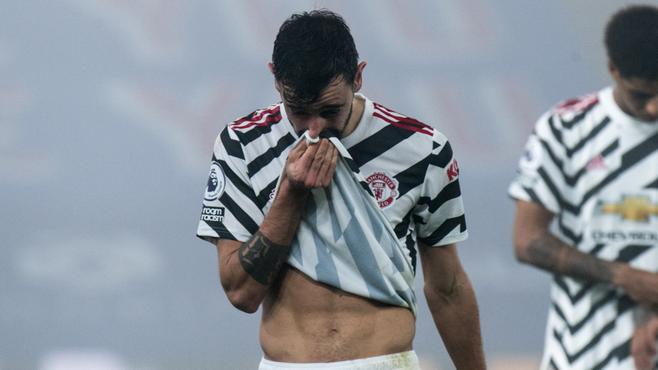 Manchester United may be too far behind to fight for the title, but they do have a top-four battle on their hands. Like their opponents, Manchester United are under a good run of form too. Ole Gunnar Solskjaer’s side have not lost away from home in the league in 21 games - a run that started against Chelsea just over a year ago.

Despite that run, each of Manchester United’s last three in all competitions have finished goalless. Their previous two Premier League results against Chelsea and Crystal Palace were hardly the most entertaining of matches.

In team news, David de Gea has returned to Spain for his first child’s birth. Dean Henderson will play in goal on Sunday. Anthony Martial and Donny van de Beek could return after missing the trip to Crystal Palace.

There is plenty at stake at the Etihad Stadium on Sunday. Manchester City will almost see the finish line if they win, but if Manchester United cause a shock, then it will open the door and make the top four fight take on a new dimension. It promises to be a fascinating encounter, and you can follow all the action via beIN CONNECT.