Burnley boss Sean Dyche has revealed that he wants the season to continue adding that his squad can be up to full fitness in two and a half weeks, in an exclusive interview on the Keys & Gray show.

"If they asked us to cram a preseason in, I think every club would say "Yeah, Okay" we all want it to continue or I certainly do" explains Dyche.

The Premier League is currently halted due to the pandemic, and Dyche revealed that his staff had foreseen that his squad would not be training for a considerable amount of time.

"We've got a plan, we were fortunate as a staff we felt it was going to go longer so, therefore, we told the players to have ten days/two weeks of doing nothing as you would before a pre-season."

"We felt as a staff this was going to go longer. If you remember originally they said two or three weeks. We spoke with the club doctor, so we shut them (the players) down for ten days/ two weeks and said do nothing apart from the government guidelines."

Dyche added that only now are his players working on building up their core fitness with a view to getting the season up and running again.

"We have just started to build it back up now. We sent out their GPS units, so we can monitor what they are doing so we can have a more serious regime if you like, building back up, hopefully to a date when we can get back going again."

With the UK set to stay in lockdown for a further three weeks, the Burnley boss explained that he didn't expect any of his players to be out of shape. Adding that this was a different kind of break compared to an end of season holiday.

"They have been in their houses, with their families, highly probable that they have been eating well and ticking over anyway because you have nothing else to do. It's not the same feelgood factor when you are feeling fit and keeping well. It's a different kind of break.

"I think sharpness is different but their base fitness should still stay high, but it's that sharpness and edge you need to play." 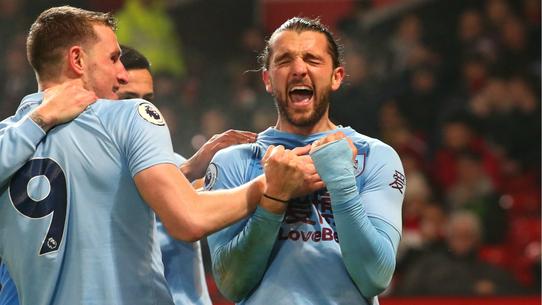 There has been talk of condensing the football calendar to give an adequate break to start the new season. For Dyche, he believes his side are more than capable to deal with the challenge of multiple games in a short period of time.

"Teams like us, we should be able to deal with the workload and we deal with the workload, our stats show that. I think if we can get into preseason and get back to it we would, I like to think most would agree with that. Including the season if we have to condense it down, then that's how it goes."

Dyche went on to talk about the difficulties of player contracts and bonuses if the season was unable to restart in any way.

"Everyone thinks we will restart and that's it. There are so many complexities, and if it doesn't restart there is even more. There is a wave of complexities in terms of contracts, bonuses and achievements all sorts."

One thing that is certain for the former Watford boss, is that the Premier League will return to action soon, but the lasting impact of COVID-19 could have a drastic impact on the business of the game.

For now, Burnley and Dyche will not be deviating from their plan and will be hoping that training and a restart to the season can be scheduled soon.

"It's just really being broad brush with things keeping up to date with news coming out, but equally not going too far away from our general plan."

You can hear more from Sean Dyche on the Keys & Gray Show on Youtube. New episodes every Monday-Friday at 8pm Mecca.