Hector Bellerin marked his Arsenal return with a dramatic late goal for the 10-man Gunners as they salvaged a hard-fought 2-2 draw against Chelsea.

Goal! Hector Bellerin hits back with a scorching goal! 2-2 as it stands!

Goal! Against the odds! Somehow, Arsenal are level! Gabriel Martinelli surges up the pitch and calmly slots the ball past Kepa!

Peep! Chelsea go into the break 1-0 up! Arsenal down to ten men with David Luiz sent off, whatever happens, the second half will be interesting!

Goal! What a calamity of errors from Arsenal at the back! Mustafi's error sets off Abraham who is pulled down in the box by David Luiz. No surprises the former Chelsea defender is handed a red! Jorginho steps up and fires the Blues into the lead!

Minutes away from Kick-Off! Arsenal have had a warm up! Which will certainly help! It's chilly in West London tonight!

Time to get out there 💪#CHEARS pic.twitter.com/zGhs3T3Rvm

Plenty of transfer news coming in! Check out our dedicated transfer news round up! Karli has excitedly messaged in saying that Chanchita has moved to LA Galaxy! On second glance, I think she means former West Ham striker Chicharito I'll give her the benefit of the doubt! Although I have just googled Chanchita... Oh my!

We've got you covered with all the Premier League games tonight! Including Sheffield United Vs Man City! (That's 0-0 at the moment) Expect some match reports later tonight! 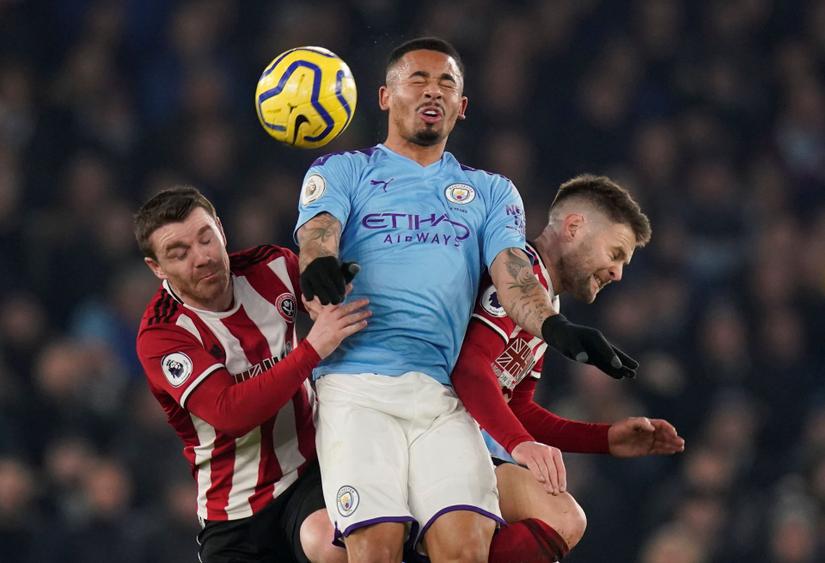 Arsenal all ready to go! We get underway at 23:15 tonight!

Edinson Cavani has been linked with Chelsea... A good move for Lampard?! Alan Shearer has had a chat with Carrie Brown ahead of the game!

It's been a mixed bag of a season so far for Lampard, plenty of inconsistent performances. Will Arsenal take advantage tonight?

STAT 📈 Chelsea have already lost as many #PL matches this season as they did during the entirety of last season under Sarri (8 defeats).

How would you rate your season so far Blues fans?#beINPL #CHEARS pic.twitter.com/hIh9DWlxPo

One change for Arsenal, as Hector Bellerin comes in, he'll also captain the side tonight.

🚨 One change from the weekend...

Team news! Chelsea first! Emerson and Kovacic come into the side for James, who picked up an injury against Newcastle and Mount.

Will tonight be a blockbuster at the Bridge under the lights?!

Stamford Bridge has seen some blockbusters over the years 😍#CHEARS pic.twitter.com/1TowvGDu2r

Arsenal has arrived! We should be getting that team news in soon!

Stamford Bridge is looking good under the lights! Don't forget we kick-off at 23:15 Mecca!

Tuesday night. Under the lights. 🎇 pic.twitter.com/5E1DueRXwW

Tammy Abraham scored the winner the last time the two sides met! Can he get on the scoresheet tonight?!

Good evening! Welcome to the Live Updates of Chelsea Vs Arsenal! Can Chelsea return to winning ways after their shock defeat to Newcastle? Or will Mikel Arteta get the best out of his new side to pick up only his second Premier League win as Arsenal boss? Join me for all the latest team news, build-up and all the goals from the game at Stamford Bridge.