Manchester United will be looking to overtake Liverpool at the top of the table with a victory or draw against Burnley.

Considering that boss Ole Gunnar Solskjær has been under considerable pressure for the majority of the season, this could be proof along that Man United are going in the right direction under their former player.

In a potentially tricky tie in Lancashire, United come into the contest in relevantly good form and have only suffered one defeat in their last nine games in all competitions. Considering that was a League Cup semi-final to rivals Manchester City, arguments can be made that Ole is the right person right now to get the best from this group of players.

Last time out, a much-changed side edged out Watford 1-0 to progress to the fourth round of the FA Cup. Crucially Bruno Fernandes was rested for the Red Devils which could be vital for the side, who end January with games against Liverpool and Arsenal which could go a long way in baring out their title aspirations.

In team news, Fernandes is expected to return to the starting line up alongside the likes of Marcus Rashford, Anthony Martial, David de Gea and Fred. Having served his three-match suspension, Edinson Cavani could also be an inclusion in the side.

United do have a number of concerns with Paul Pogba, Victor Lindelof and Luke Shaw all confirmed as injured by Solskjær after the Watford win. Central defender Eric Bailly is facing a late fitness test after coming off with an injured neck at the weekend. 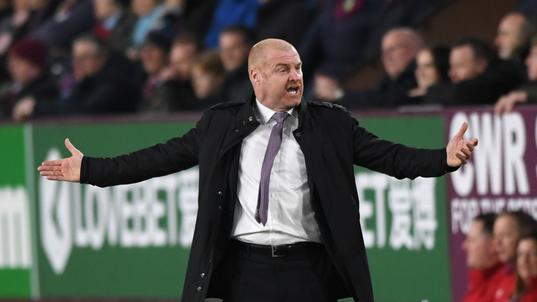 As for Burnley, they have been quietly enjoying a run of form, winning three of their last four games in all competitions. Crucially the Clarets come into the contest slightly rested as their game against Fulham on the 3rd of January was called off due to COVID-19 cases in the Fulham camp. Last time out, Burnley progressed in the FA Cup with a penalty shootout win over MK Dons. Burnley had been heading for a defeat before Matej Vydra popped up with a 94th-minute leveller to force extra-time.

Home form has also been impressive for the Lancashire side, winning three of their last four games at Turf Moor including wins over Crystal Palace, Wolves and Sheffield United. Interestingly the last time the two sides met, Burnley ran out 2-0 winners at Old Trafford in what could be considered one of the lowest points of the tenure of Ole Gunnar Solskjær. That could serve as motivation for Sean Dyche and his squad.

In team news, Burnley is sweating on the fitness of first-choice keeper Nick Pope who is recovering from an ankle injury. Attacker Dwight McNeil is in contention to return to the side as will Josh Brownhill and Ashley Westwood who were rested at the weekend. The familiar pairing of Ashley Barnes and Chris Wood should lead the line.

It certainly promises to be a fascinating encounter as Manchester United look to top the table in January for the first time since Sir Alex Ferguson managed the side. You can follow all the action with beIN SPORTS.