Toby Alderweireld, Belgium and Tottenham centre half, spoke to beIN SPORTS ahead of their weekend fixture against Leicester.

Alderweireld refuses to blame the referee for a narrow loss at Anfield last weekend while standing firmly behind his teammate and centre back partner Eric Dier after criticism he received from William Gallas, claiming Dier doesn’t have ‘the soul’ of a defender.

Touching on the 2-1 defeat at Anfield, “I think we played well. Of course, Liverpool is an unbelievable team, but I think we defended very well as a unit. Especially [in the] second half."

"If we had a bit more luck, I think we could’ve won the game. That’s football. Now we’re on the wrong side of it, we have to be on the right side of it as quickly as possible and there’s a big opportunity on Sunday.”

One of the major incidents in the build-up to Liverpool's winner was an alleged foul on Eric Dier by Jordan Henderson, something that was not picked up by the officials.

“I’m not the guy who’s going to talk about the referee’s decision, but you could clearly see there was something going on there. Like you say, 2 vs 1 and it goes so quick. In a split second, you have one behind you, front and then you’re just late.

"The referee makes a decision and you have to accept it. There’s nothing we can do about it anymore. But of course, we were not happy with the decision. But hey, that’s football again.” 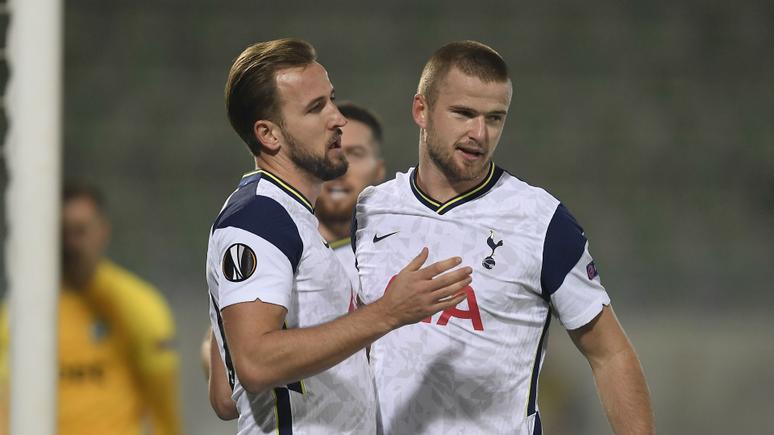 Alderweireld was also quick to praise his defensive partner Dier after former Spurs defender William Gallas’s criticised Dier by saying that he ‘doesn’t have the soul of a defender'.

“First of all, Eric is an unbelievable defender. Second of all, he’s very strong. So, I would say different. If he goes down, I know something is up you know? But again, I think Eric is showing week in week out now that he’s a very good player and so yeah, I don’t need to do the talking; I think every week he shows on the pitch how good he is.”

“I really enjoy playing with him. I think there’s a really good connection between us. We both want to improve. That’s something I really like about him. He’s never happy about his performance. He always wants to do better. Of course, he will be happy with his performances in the last couple of months, but he really wants to improve every game” explained the Belgain international on his relationship with Dier.

Steven Bergwijn has been the subject of online abuse after the defeat at Anfield, and having to switch off replies on social media, Alderweireld hailed the mental strength of the Dutch winger, and backed him to put the incident behind him.

“Steven is a very good player. He’s strong, quick, left [foot], right [foot]. And yeah, of course, it’s in the details. If the ball goes inside of the post, in the goal, inside. It’s details. It’s like so close from it, I have all faith in him. He’s very mentally strong, so he will perform the same way he is doing because, he’s a very, very good player."

Tottenham will face a stern test from Leicester who currently in third place in the Premier League, Alderweireld admitted that his side would have to show the Foxes some respect.

“We have to show a lot of respect for them because they are playing very well. It’s a very good team and they are showing again that they are up there and they deserve to be. It’s up to us to keep the three points at home and again, it’s going to be a difficult match, but I think this season we’re confident that we can beat any team, so we’re going to do everything in our powers to get three points.” 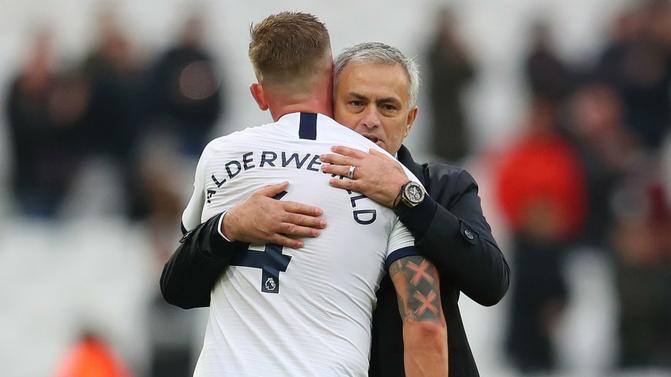 Jose Mourinho has been central to pushing Tottenham to the top of the table this season and was awarded the Premier League Manager of The Month for November,  on the two year anniversary of being sacked as manager of Manchester United. For the Spurs defender, he belives his boss is not praised enough.

"He doesn’t get the recognition he deserves because he’s such an unbelievable manager.”

“[The award] shows again how good he is. It shows how important the team around him and us is. I think people don’t get the recognition they deserve that work with us every day.

"Of course, we show it on the pitch but a lot of people are working every day to improve us to make our lives as easy as possible so we can just focus on football. I think he knows that and with his tactical knowledge, team talks and everything he’s experienced it helps us to perform better.”

Can Tottenham get the better of Leicester City on Sunday? You can watch all the action with beIN SPORTS.