Arsene Wenger believes that football will collectively lose £14billion from the COVID-19 crisis. Speaking on the Keys & Gray show, the head of global football development at FIFA spoke at length of the challenges facing the game.

“That means that if you look at the wage structure in most clubs it is between 60-80% of turnover. So that means only the player's wages can sort that problem out” added the ex-Arsenal boss.

Overall Wenger admitted that bigger clubs would not be drastically affected by the virus pausing domestic football across the world. “I would say that it has made the weak clubs weaker and the strong clubs stronger.”

“It has made us realise what we have taken for granted, can be interrupted at any moment. You realise as well that we could live without it, even if it is a very important part of our life. But health came first, and it gave us a good opportunity as well to see the weak points in the structures of the game.”

The former Arsenal boss added that football will soon forget what happened during this lockdown period and concern themselves with matters on the pitch.

“You know as well that people first of all forget quickly, and secondly that once you are in the competition, everyone will think about himself, how to survive how can I win the next game, how can I get the best players and have I got enough money to buy the best players. That's what will take over again.”

More pressing for Wenger is the state of play below the Premier League, where many teams rely on match-going fans for their revenue.

“It is very concerning because we live in a world today which is mainly focused on regrouping the elite and you know well the cases in England. In England, the lower leagues are dying. The Premier League will survive, I don't worry about the Premier League.”

“You worry more out of the 92 clubs you have 65 clubs that lose money and behind closed doors, if they open up the stadium they lose money to play the game. It is absolutely where football has to rethink, how we can help these clubs to survive.”

“We need an elite but we need a basis that young players have a chance to play and where we have to get these people to survive” explained Wenger.

Whilst Wenger also painted a grim short-term future of the game, adding that he expected many lower league clubs to go out of business.

“I believe so, there are too many clubs in trouble and there is not enough money there to help them enough to survive. Then you get to a stage where a club with some professional players will not be capable to be professional anymore and we will lose plenty of clubs.” 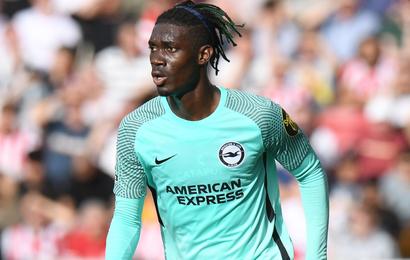