Pep Guardiola conceded Manchester City can get ready to pop the champagne corks, with their third Premier League title in four seasons "already there" after a 2-0 win at Crystal Palace.

City are one victory away from an unassailable lead and could be champions by the end of the weekend if Liverpool beat Manchester United on Sunday.

Guardiola does not care if his team are crowned without being on the field, telling a post-match news conference he simply wanted the title "as soon as possible" after second half goals from Sergio Aguero and Ferran Torres dispatched Palace.

"We can start to think about putting it in the fridge. Not yet, but we can put it in the fridge," he told BT Sport, before discussing his football-watching plans for Sunday – juggling preparation for Tuesday's Champions League semi-final showdown against Paris Saint Germain with keeping an eye on events at Old Trafford.

"It's [about] PSG right now. We start to see the game we played there [a 2-1 win on Wednesday] and what we have to do, but I will take a look [at United v Liverpool], yeah.

"The Premier League is already there, it is in our hands. We need one more victory or two points

"Now there is a game where we need to give absolutely everything to reach the final."

Aguero has been a marginal figure during his final season at City, grappling with form and fitness issues.

But his opening strike at Palace - a fabulous touch and half-volleyed finish from Benjamin Mendy's low cross – showed the value he could still have over the closing weeks of his City career.

"I'm incredibly delighted he is back. He was many, many times injured," Guardiola told reporters.

"In the last weeks he trained really well and he is another weapon that we have on Tuesday for our semi-final."

Aguero is now one behind Wayne Rooney's single-club record of 183 Premier League goals and Guardiola paid a glowing tribute to the 32-year-old, who is City's all-time leading goalscorer.

"He's an absolutely top legend, extraordinary, the most humble and nicest human being. That is not easy to find," he said.

"That's why I love him as a man. Another player in his situation, he could create conflict, he would create a difficult situation.

"When one guy is beloved, like he is by all our fans, it is not just for the scoring 1,000 million goals, that is the truth. It is because he has something that the people realise, that you cannot hide away, as a person.

"This season, we took a decision, a difficult one - one of the toughest ones I took, especially because he was injured a long time. This club, next season need to make another step and maintain this level for a longer time.

"But what he has done in this club remains, will remain forever and we want to finish the best way as possible. 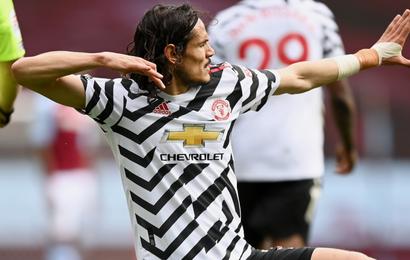 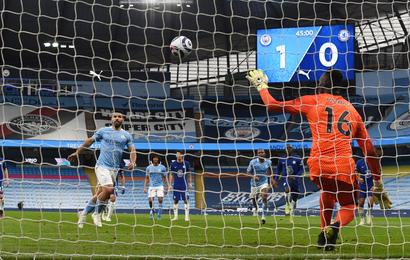 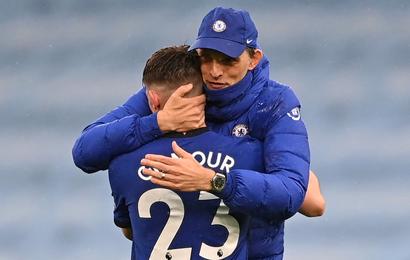