Ole Gunnar Solskjaer says Jose Mourinho has a right to voice his opinion on Manchester United after the former Red Devils boss strongly criticised their performance in a 2-0 Premier League loss at West Ham.

Andriy Yarmolenko and Aaron Cresswell scored to consign United to defeat at London Stadium, with Solskjaer's men without a win away from home in nine matches in all competitions.

Mourinho, appearing as a pundit for Sky Sports, said he could find no positives to take from United's display, adding: "We were bad last season, but I don't see any improvement this season."

Solskjaer, though, noted United were beaten on their previous visit to London Stadium, sliding to a 3-1 loss under Mourinho's leadership in September 2018.

"I think he's got a right to his opinion," Solskjaer told a news conference when asked about Mourinho's comments.

"We lost here last year, it's always a difficult ground to go to and we hoped to do better than we did. We hope for better.

"But the key moments they grasped and we didn't. I have to say, two fantastic finishes from two left feet. We just didn't take the chances when we had them.

"Of course, when you lose a game you're disappointed. It's a game that can go both ways, as you expect away from home in the Premier League.

"It's a good group to work with, they're determined. Sometimes along the road you hit some bumps, some highs and lows, this group is determined and they have desire. It's a good atmosphere in the dressing room and they've got their focus right."

Solskjaer confirmed Marcus Rashford - who has only scored once since a brace in the 4-0 win over Chelsea on opening weekend - needs a scan after he was taken off with a groin injury but could be out for "a little while".

That left United having to field Jesse Lingard as a striker as teenager Mason Greenwood was unavailable due to tonsillitis and Anthony Martial was sidelined by injury.

United allowed Romelu Lukaku and Alexis Sanchez to join Inter without signing any replacements in attack, but Solskjaer continues to stand by that decision.

"It's one of these moments, we've had historically lots of centre-backs struggling with injuries," he added. "We've come down here and Michael Carrick's played centre-back, Darren Fletcher has, now it's strikers.

"It's just how it's gone. Hopefully Mason and Anthony will be back for Arsenal [on September 30], definitely, hopefully one of them for Rochdale [on Wednesday in the EFL Cup]."

Pressed on why Sanchez was permitted to depart on loan, leaving United short of options, Solskjaer said: "We made a decision on that and I still think it was the best one for us, and for Alexis, and we agreed on that one.

"We didn't create enough chances but we created big chances, some big moments that we didn't take, and they scored although they didn't create too many either. It's a game that could have gone both ways. When you've got Rashford and Dan James I don't think pace is the problem.

"There's a few in the first half we turned down a key pass, we had two chances in the second half we could have again and I'm sure we'd score more than we miss.

"This group, they want to do what we want to do, they work in training. Like I said, there's key moments in games that can tip them in our favour compared to theirs. You can make a bad decision on a pass, left, right or centre, but the attitude is there.

"That's not the problem. It's the quality in our decision-making and sometimes in their execution." 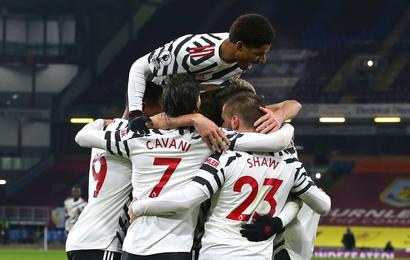 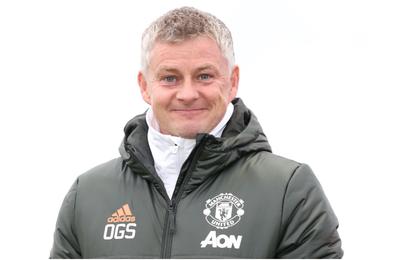