All good things must come to an end, and that proved the case for Manchester City on Sunday.

Their remarkable winning run of 21 games in all competitions came to an end with a 2-0 defeat to Manchester United in the derby.

City hold an 11-point lead over their neighbours at the top of the Premier League, however, and the real battle seems set to be for Champions League places.

Tottenham boosted their hopes with a 4-1 thrashing of Crystal Palace, with Harry Kane and Son Heung-min combining for a record-setting goal, while Liverpool's dismal form continued as they suffered a sixth successive home defeat. Fortress Anfield is well and truly a thing of the past.

At the bottom, West Brom and Newcastle United played out a goalless draw. We take a look at the best Opta facts from Sunday's games.

If there was one team City did not want their incredible run of wins to come to an end against, it would have been United.

It was the first time City have lost since November, when they went down 2-0 at home to Spurs, ending a run of 28 games without a defeat across all competitions. Pep Guardiola's team had won their last 21 in total, including 15 in the league, though Ole Gunnar Solskjaer seems to have the better of his counterpart.

United have won three consecutive away games in all competitions at City for the first time since a run of four between November 1993 and November 2000, and among the managers Guardiola has faced more than three times across all competitions as a top-flight boss, Solskjaer is the only one to have beaten the Spaniard (four) more often than he has lost to him.

The Norwegian is now the only manager to have won three away games against sides managed by Guardiola.

Bruno Fernandes scored the opener from the penalty spot inside two minutes. Since his Premier League debut in February 2020, he has scored 12 of the 13 penalties he has taken in the competition.

After just 101 seconds, Fernandes' penalty was the earliest goal that City have ever conceded in a Premier League match at the Etihad Stadium, and the first they have conceded within two minutes at home in the competition since Steed Malbranque's strike for Fulham at Maine Road in January 2003.

It is hard to believe that before their defeat to Burnley on January 21, Liverpool had not lost a league match at Anfield since April 2017.

Liverpool have now lost six home games in a row, their longest ever such streak, while they are the first side to lose six in a row on home soil in the Premier League since Huddersfield Town in February 2019 (seven).

The Reds' six league defeats at Anfield this season is their most in a single campaign since 1953-54 (also six), when the Reds finished bottom of the top-flight, with Fulham the first promoted team to win away at Liverpool in the top flight since Blackpool Town in October 2010.

Jurgen Klopp's side are winless in their last eight league home matches, only embarking on a longer winless top-flight run at Anfield once before – 10 games between October 1951 and March 1952. They have won just one of their last seven matches in the competition.

Fulham, on the other hand, are unbeaten in their last eight Premier League away games (W2 D6) – their longest run without defeat on the road in their top-flight history – and are now level on 26 points with 17th-placed Brighton and Hove Albion.

Excluding penalties and own goals, Liverpool have failed to score with each of their last 115 shots at Anfield in the Premier League (including 16 against Fulham). This is the longest such scoreless run of shots on home soil by any side.

Only leaders City (35) have earned more points at home in this season's Premier League than Tottenham (24), and Jose Mourinho's men were in fine form against Palace.

Gareth Bale scored either side of Christian Benteke's equaliser – since the 2012-13 season, only Olivier Giroud (32) has more headed goals in the competition than the Belgian – with both of the Welshman's goals teed up by the brilliant Kane.

Bale has scored in each of his last three home appearances in all competitions, the first time he has done so since September 2018 for Real Madrid (four in a row), and first time for Spurs since May 2013.

Kane then curled in a sensational third goal, before he headed home a fourth from Son Heung-min's cushioned cutback.

Son and Kane have now assisted one another for 14 Premier League goals this season, breaking Alan Shearer and Chris Sutton's all-time competition record of 13 set in 1994-95 for Blackburn.

Kane's second goal was also Spurs' 100th strike in all competitions this season, seeing them become the second club in Europe's "top five" leagues to reach that tally in 2020-21, after Bayern Munich (106).

Spurs talisman Kane is the first Tottenham player since Jurgen Klinsmann in May 1998 to score twice and provide two assists in a Premier League match, while he has been directly involved in 40 goals in 36 games in all competitions this season (24 goals and 16 assists), the most of any player for a top-flight club.

There was not so much in the way of entertainment in the day's early kick-off, as strugglers West Brom and Newcastle shared the spoils.

West Brom are unbeaten in three home league games against Newcastle (W1 D2) for the first time since January 2005, while only Southampton (seven) have gained fewer Premier League points in 2021 than the Baggies (10) and Newcastle (nine).

Newcastle have won just one of their last nine Premier League away games (D1 L7), failing to score in six of those matches.

West Brom had 13 shots at goal in the match, their joint-most attempts without scoring in a Premier League game this season (also 13 v Burnley in October).

Next Harry Kane on par with Thierry Henry, Liverpool wo
Read 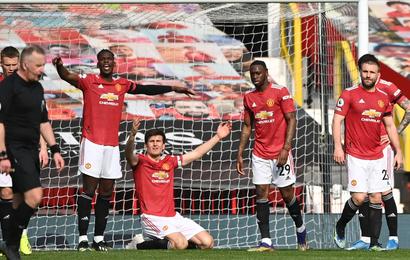 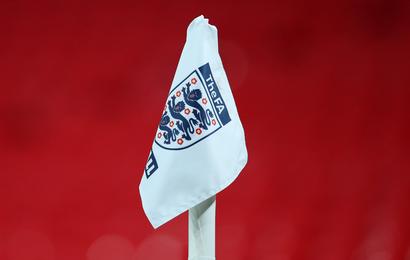 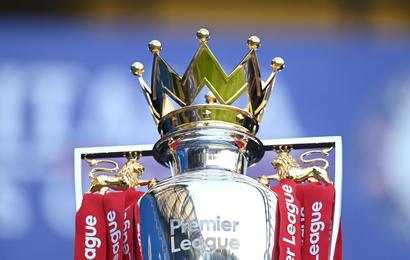 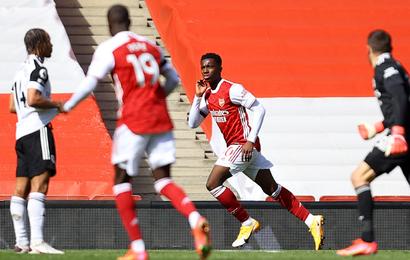 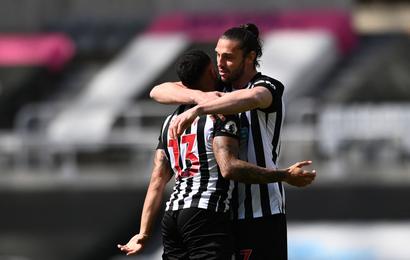 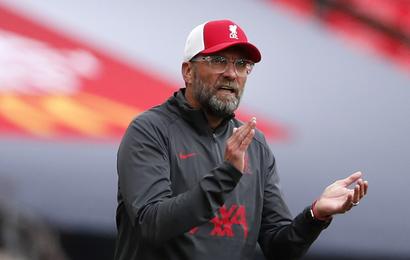