The Premier League race is run. A season that has seemingly been a never-ending story finally concluded on Sunday with the focus centred on the top four.

Chelsea lost but still ended up securing Champions League qualification, Liverpool won to astonishingly end an eventful campaign in third and poor Leicester City missed out after a crazy game at home to Tottenham as Harry Kane clinched the Golden Boot.

West Ham finish above Spurs in sixth to make the Europa League, while Manchester United ruined Nuno Espirito Santo's last game in charge of Wolves. There was yet another goal for Joe Willock, while David McGoldrick made sure he will no doubt be the subject of a pub quiz question in years to come.

Manchester City had clinched the title long ago, but a home game with Everton offered a chance for their returning fans to say farewell to a club legend.

Aston Villa 2-1 Chelsea: Tuchel slips up on the road as Blues lose

Thomas Tuchel's side held on to their top-four spot thanks to the result at the King Power Stadium, with the German coach able to celebrate despite suffering his first away defeat in the league since taking charge at Stamford Bridge.

Bertrand Traore scored the opener for Villa, in the process becoming the 25th different player to manage a Premier League goal against Chelsea having previously been at the Blues. Anwar El Ghazi doubled the lead with the 100th penalty scored in the competition this season, the first time a campaign has reached triple figures.

On the subject of penalties, Jorginho finished with the most goals for Chelsea in the league with seven – all from the spot. It is the lowest number for the club’s leading scorer in a top-flight season since 1974-75, when Ian Hutchinson also managed seven.

Jurgen Klopp has now finished in the top four at the end of the five full seasons he has had in charge of the Reds, who handed their former boss Roy Hodgson a 2-0 defeat in his Palace swansong.

Sadio Mane got both goals, the second with the aid of a huge deflection. He has scored 10 or more in all seven of his Premier League campaigns, including his two with Southampton before moving to Anfield in June 2016.

Liverpool won their meetings with Palace by a combined 9-0 score; only against Ipswich in 2001-02 (11-0) have they enjoyed a bigger aggregate margin across two Premier League games in the same season. While he had no need to conjure up another last-gasp goal this time, Alisson Becker did manage to keep a clean sheet on his 100th league outing for Klopp's side.

Leicester spent 242 days in the Premier League's top four this term, only to end the final one sitting in fifth place. For a second successive year, a late loss of form has cost them a Champions League place.

A sixth defeat in 13 matches did not appear on the cards when they twice led against Spurs thanks to Jamie Vardy, who scored two penalties in a match for a third time this season. However, a Kasper Schmeichel own goal – his second in the top tier – levelled matters, with the visitors then moving clear in a frantic finish.

Gareth Bale scored twice late on in potentially his final game for Tottenham, but will Kane still be there when the transfer window shuts? The striker's 41st-minute effort lifted him to 23 for this term as he became only the third player to win the Golden Boot award as many as three times, following in the footsteps of Thierry Henry (four) and Alan Shearer (also three).

In scoring twice after coming on as a substitute, Aguero ended his City career as he had started it – with a brace off the bench (he had done just the same on debut against Swansea City, way back in August 2011). His double takes his final tally to 184 Premier League goals, in the process surpassing Wayne Rooney (183) for the most by a player for a single club.

As for Manchester United, a 2-1 triumph at Wolves sees them become just the fourth side to remain unbeaten away across an entire top-tier season, a feat most recently achieved by Arsenal in 2003-04. The current-day Gunners beat Brighton and Hove Albion 2-0, though still finished eighth for a second year in a row.

At Fulham, Willock was on target once more in a 2-0 win for Newcastle United. It means the on-loan Arsenal midfielder becomes only the second Newcastle player to score in seven consecutive Premier League appearances, after hall-of-famer Shearer in 1996.

West Ham secured a top-six finish for only the second time in the Premier League era thanks to a 3-0 win over a Southampton team who do not prosper on their travels – they ended up losing 10 of their 11 away fixtures in 2021, during which they leaked 33 goals and scored just seven times.

There was a win for Leeds United at home to West Brom, taking them up to 59 points – the most by a promoted club since Ipswich Town (66) in 2000-01. Sheffield United finished bottom, but at least signed off on a winning note. Striker McGoldrick grabbed the only goal against Burnley to earn his own place in history: it was the 1,000th scored in the Premier League during the 2020-21 season.

Next Guardiola wins LMA Manager of the Year award
Read 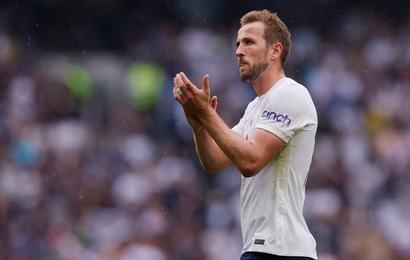 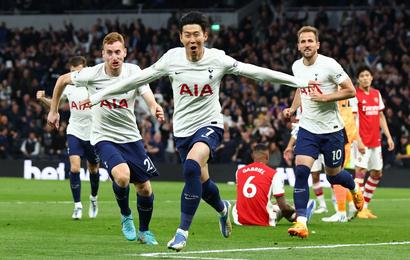 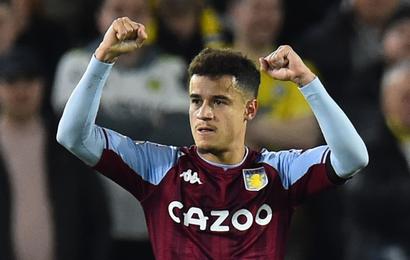 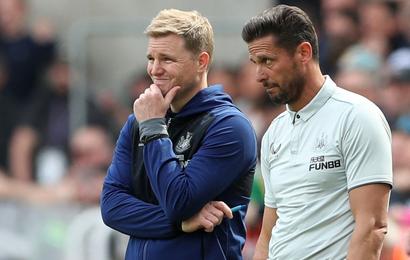 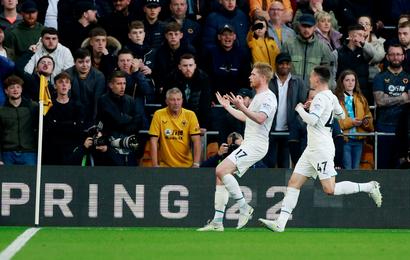