In the summer of 2006, Newcastle United was in desperate need of a new goal-scoring hero.

The retirement of club legend Alan Shearer, as well as the long-term absence of Michael Owen, had left huge holes in the Toon Army’s attack ahead of the forthcoming season.

After a protracted summer transfer window, Newcastle eventually secured the services of Obafemi Martins from Inter Milan for £10.1 million. As a teenager, Martins had shown promise when he became the first teenager to score in three consecutive UEFA Champions League campaigns.

Despite a mixed start to life at St James’ Park, the Nigerian international broke his duck after scoring in a 2-0 win away to West Ham and from there his contribution in front of goal steadily improved.

By the end of his first campaign in England, Martins posted a decent tally of 17 goals in all competitions (11 league). One goal that stood out above the rest though came in January 2007, when his 20-yard thunderbolt away to Tottenham contributed to a memorable 3-2 win for the Toon.

Having played a one-two, Martins displayed his electric pace and charged at Michael Dawson on the left edge of the box and then unleashed a screamer into the top corner that was stunningly recorded with a speed of 84mph. The acrobatic somersault that followed was a trademark celebration of the forward’s throughout his career.

However, the rest of Martins’ time on Tyneside was mixed. The arrival of Sam Allardyce as manager impacted on the No.9’s game time, as Allardyce opted for Mark Viduka and the fit-again Owen as his preferred options upfront. Initially, the limited game time didn’t stop Martins from contributing with his stunning overhead kick on the opening day of 2007-08 the highlight of a 3-1 win at Bolton.

Yet another change of manager midway through the season, added to African Cup of Nations participation with the Super Eagles disrupted a campaign that only produced 10 goals. Worse was to come the following season when injury, and more managerial upheaval, contributed to a miserable time for Martins and Newcastle as the club were relegated from the Premier League. 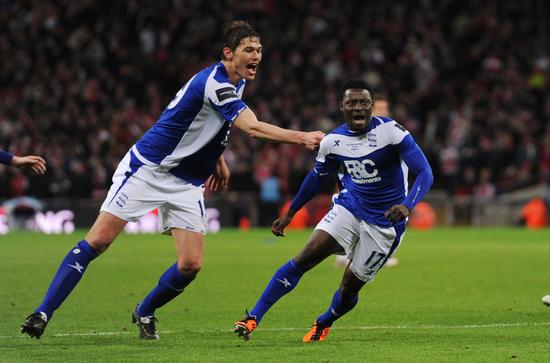 Spells at Wolfsburg and Rubin Kazan followed before Birmingham City brought Martins back to England in January 2011 on loan. Injury yet again disrupted his time at St Andrew's, but his name is forever remembered even if he only scored twice.

Having entered the League Cup final between the Blues and Arsenal as an 83rd-minute substitute, Martins entered his name into Birmingham folklore. With the score locked at 1-1, a defensive mix-up between Wojciech Szczesny and Laurent Koscielny in the final minute allowed Martins to score what he called “The easiest goal I’ve ever scored in my career.”

He may not have lived up to his earlier promise during his days in Italy, but it’s pretty certain that the mere mention of Obafemi Martins will always bring back glowing memories for those associated with Newcastle and Birmingham. 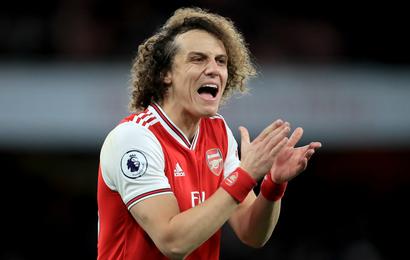 David Luiz has 'no desire' to leave