Jurgen Klopp was left to rue contentious VAR decisions after Liverpool were held to a 2-2 draw by Everton in a frantic Merseyside derby on Saturday.

Jordan Henderson thought he had snatched the winner for Liverpool in stoppage time at Goodison Park, only for the goal to be ruled out by VAR, with Sadio Mane deemed to have drifted offside in the build-up.

Jordan Pickford made some superb saves but should have done better for Henderson's disallowed goal and was fortunate to be on the pitch at all after his challenge on Virgil van Dijk shortly after Mane's opener, with the foul not given due to the Dutchman being offside.

Everton – who scored through Michael Keane and Dominic Calvert-Lewin either side of Mohamed Salah's 100th Liverpool goal – also had Richarlison sent off for a lunge on Thiago Alcantara late on.

Though thrilled with a performance which he labelled as his side's best at Goodison, Klopp was left confused by the officials' decisions.

"The performance was top. A good game from both teams," Klopp, who on Saturday also celebrated the fifth anniversary of taking charge of his first Liverpool match, told BT Sport.

"We were clear, dominant against a side that is full of confidence. We played a really good game, probably the best away game since I am at Liverpool, playing at Goodison. In the end it's 2-2 for different reasons."

On Pickford's tackle that forced Van Dijk off injured, Klopp said: "I didn't see it back, it took a while so obviously the offside was not too big and Pickford kicks him completely.

"Then the Henderson goal, it was the pass for Sadio, and I didn't see offside. Maybe somebody can explain it to me. The picture I've seen was not offside.

"It's difficult at the moment. The red card for Richarlison is not only a red card for Everton, it's a massive foul on Thiago and [his injury] looks not good.

"The game is over, we've only got one point, maybe we should have more, but we cannot change it. The game was good, I loved it, a really good game.

"The [Everton] second goal is an individual thing. Calvert-Lewin is an incredible player, that's all he had to do and he did it, apart from that we dominated it. Both teams get the point."

A point was enough to lift Liverpool, who have not lost to Everton since October 17, 2010, up to second, three points behind Carlo Ancelotti's side. 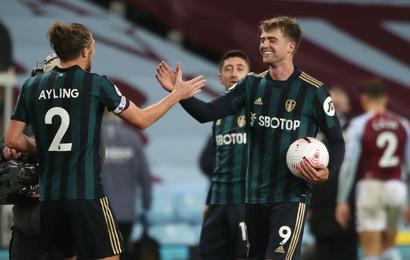 Ozil agent: Arteta should be honest 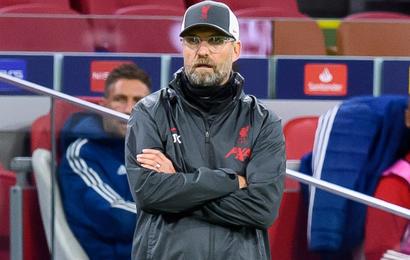 Kepa out, but no Cech return

Ziyech: I can play wherever needed 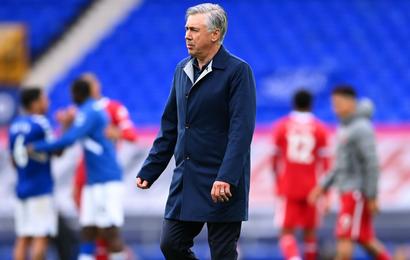