Police said in a statement that Carlos Nuzman, 75, was arrested on suspicion of corruption, money laundering and criminal association.

At the time, Nuzman was detained and questioned and authorities confiscated his passport.

Authorities allege that former Rio governor Sergio Cabral, who is serving a 14-year prison term for bribery and money laundering, was the mastermind of the plot, which saw $2 million in bribes paid to the son of Senegalese IOC member Lamine Diack before the 2009 vote in which Rio beat Chicago, Madrid and Tokyo to win the 2016 Games.

The Rio games were generally credited with being a sporting and organizational success, but revelations of massive corruption during the preparations and now even in the naming of the host city have tarnished the legacy. 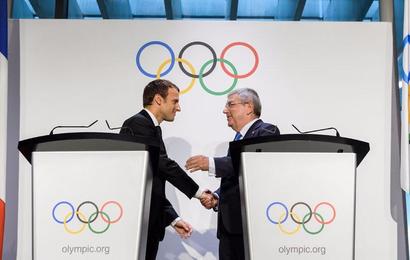 LA and Paris 'as good as it gets'