LeBron James lauded Anthony Davis again after the Los Angeles Lakers' latest win but insisted his team-mate is "on a nice list of great players I've played with" and his own approach over the coming months will not change as a result.

The Lakers, who reportedly intend to waive injured center DeMarcus Cousins and sign Markieff Morris, a free agent after his Detroit Pistons buyout, beat the Memphis Grizzlies 117-105 on Friday.

James scored 32 points, while Davis had an outstanding 28 points, 13 rebounds and seven blocks for the 42-12 Western Conference leaders.

Four-time MVP James has carried the Cleveland Cavaliers and the Lakers in the past, but Davis - deserving of the Defensive Player of the Year Award, held by Rudy Gobert, according to his team-mate - is sharing the load.

That does not change the veteran's mentality in the closing months of the season, though, as he looks to do whatever is necessary for the team.

"I need to do my job. If I do my job then we put ourselves in a position to be successful, and I'm going to have to do that again this year.

"AD's on a nice list of great players I've played with. But nothing changes for me in my preparation, the way I go out and approach the game, nothing changes."

"That's why he's Defensive Player of the Year. He does everything. There's not one thing he doesn't do well defensively."

Davis had to step out of the game for a spell due to a bruised calf but returned in style.

"I just felt like I was able to get back on the floor and play," he said. "The leg felt good enough for me to go out and give it a try.

"I was just trying to stay loose and stay warm so it won't tighten back up. I just want to be on the floor to help the guys." 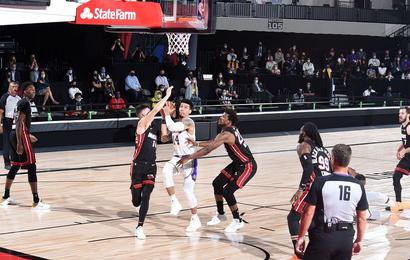 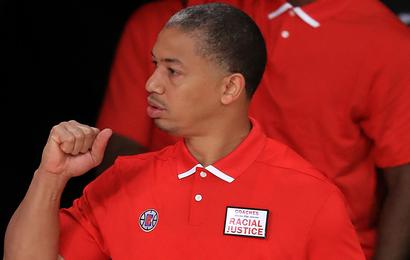