Kyrie Irving used a lacklustre defensive display against the Washington Wizards as motivation to lead the Brooklyn Nets to success against the Los Angeles Clippers on Tuesday.

The Nets fell to a 149-146 defeat to the Wizards on Sunday, with Irving claiming he "couldn't guard a stick" after Russell Westbrook poured in a game-high 41 points.

The former Boston Celtics point guard responded with a strong display on both ends of the floor against the Clippers, scoring 39 points in a 124-120 success at Barclays Center.

"We just needed to respond, every single night is going to be different. I'm just trying to give what is needed on both ends of the floor," said Irving, who had two blocks and one steal.

"Like I said the other night, I took that personally, just not being able to guard anyone. Tonight I gave up a few drives but I feel like defensively as a team, including with my effort, we just matched it.

"We knew they were gonna bring it, so it was just an exciting game. Great competition for some of the top players in the world to go against each other on TV, so grateful to give the fans what they want."

Irving led a 13-0 run that included buckets from Kevin Durant and James Harden – who became the eighth player in NBA history to reach 50 career triple-doubles – as the Nets established a 10-point lead with four minutes remaining in the fourth quarter.

The Clippers managed to bring the difference back to one but were unable to stop Brooklyn improving to 14-9 on the season.

"Late in games any coach in America wants the ball in their best players' hands," said Durant, who reached 500 points for the Nets in just his 17th game – a franchise record and the second-best mark all-time for a player on a new NBA team, after Wilt Chamberlain for the Warriors in 1959-60 (14 games).

"We've got three guys who are unselfish and know how to play, and I think we made the right plays down the stretch, especially Kyrie and James, controlling the ball.

"I felt like when those guys [have] got it on top, they've got the defense at their mercy so we've got to continue to be on the same page late in games."

On the Nets' late-game defense, he added: "You're down 10, you're shooting the ball with no conscience, they went in. Sometimes we got hands up on stuff, we gave up an and-one, but it wasn't anything easy I'll tell you that.

"I think they earned every point late in the game and that's what we want at the end of the day."

Head coach Steven Nash was proud of Brooklyn's defensive improvement against the team that entered the game with the best record in the league.

"We have the luxury of offensive talent, but we also have to defend. That is a difficult team to defend and we did a great job," said Nash.

"You know it is kind of tricky when the teams are constantly taking way more shots than you are.

"We'll keep cleaning up and we'll keep getting better. When they put up the effort that they did tonight, we'll be tough to beat." 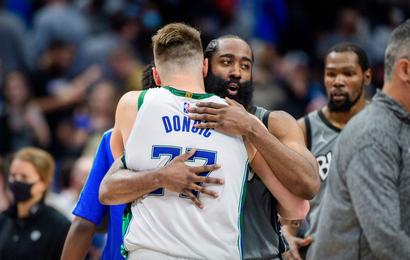 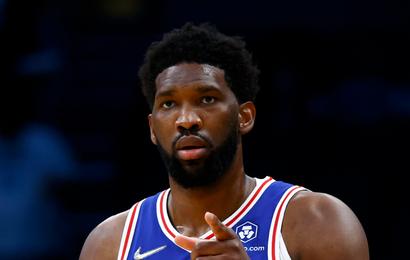