The dunk contest participants put on a show before Miami Heat's Jones was crowned the winner.

Jones and the Orlando Magic's Aaron Gordon, who lost a memorable contest against Zach LaVine in 2016, each scored perfect 50s with their two dunks in the final.

After exchanging 50s again to begin the dunk-off, Jones edged Gordon 48-47 despite the latter going over Boston Celtics center Tacko Fall with his effort.

The guard scored 27 points out of a maximum 40 in the finals to edge out the Phoenix Suns' Devin Booker (26) and Washington Wizards' Davis Bertans (22).

Joe Harris, the defending champion, and Atlanta Hawks star Trae Young were eliminated in the first round.

There was also another success for Miami with Bam Adebayo winning the Skills Challenge. 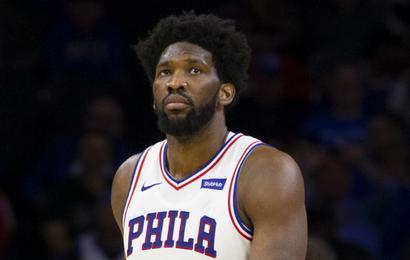