Lionel Messi is wanted by MLS side Inter Miami, according to former Argentina team-mate Gonzalo Higuain.

Messi completed a momentous free transfer to Paris Saint-Germain in August, with Barcelona being unable to afford a new deal for the Blaugrana great amid financial difficulties.

The Argentina captain enjoyed a cameo against Reims before making his full debut away at Club Brugge in the Champions League on Wednesday, hitting the crossbar in a 1-1 draw.

However, Miami forward Higuain hinted that the door is already open for Messi's potential next move – the second time he has done so after advocating a potential transfer in March.

"Don't get me into trouble… I have no idea about Leo [Lionel Messi] in Miami," Higuain told ESPN Argentina.

"I have one year left on my contract and Leo I think he signed 2 or 3 years in Paris, I don't think we agreed. The club wants it, let's see."

Higuain also made his standpoint on his future very clear and explained admiration for Miami's joint-owner David Beckham.

Having joined Beckham's franchise in September last year, the ex-Real Madrid, Napoli and Juventus striker has netted 10 times in 30 MLS outings, though he believes next season will be his last for the time being.

"Honestly, you are very far from the competition in Europe, it is a league that takes a lot of affection but now that there are people the truth is that I am enjoying it a lot," Higuain added.

"There are many players who want to come and play here. The league is very nice, I like to play it. Good teams, good players.

"After that year [left on his contract] I take a sabbatical, away from football and everything." 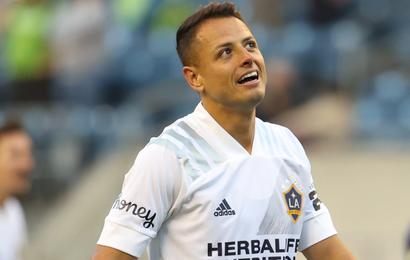