Aston Villa have paid Barcelona €1million for 16-year-old English striker Louie Barry - predicting he could become "an outstanding number nine" with the club.

However, Barry is cutting his time short with the Camp Nou giants in favour of a chance at making the grade at Villa.

Barcelona announced in a statement: "Louie Barry is leaving FC Barcelona to join Aston Villa. The Villans will pay 1,048,000 euros to acquire the 16-year-old striker."

Barry made his debut for Barcelona's youth team in October and scored two goals in seven domestic league games, also appearing as a substitute in three UEFA Youth League matches.

Barcelona said he had demonstrated an "exemplary attitude" during his time at the club, while Villa were thrilled with their business.

Villa academy manager Mark Harrison said: "It sends a powerful message about the ambition of this football club.

"We're delighted - Louie is a local person and his family are all Villa fans, as is Louie.

"He is still a very young man but as he's developed, he's always been one player that you always recognise as having outstanding attributes."

Harrison told VillaTV: "He's got a fantastic mentality, he's desperate to do well for this football club.

"He's really driven, he's got great family support, but in terms of what he can achieve, we firmly believe that he can be an outstanding number nine for this football club."

Next Rumour Has It: Eriksen to Inter a 'done deal' ahea
Read 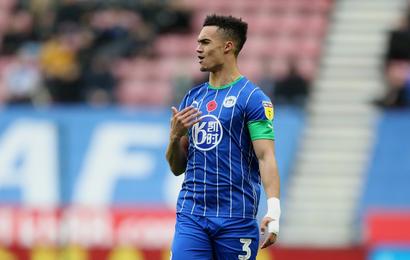