Paris Saint-Germain president Nasser Al-Khelaifi appeared to have a dig at star Neymar by saying "nothing and nobody is bigger than the club" amid growing links to Real Madrid.

Neymar has only spent one season with French champions PSG but the former Barcelona forward is already being tipped to join Spanish giants Madrid.

Manchester United have also been linked to Neymar, who completed a world-record €222million transfer to Paris in August last year.

Outgoing PSG head coach Unai Emery insisted Neymar would remain at the Ligue 1 powerhouse next season, while Al-Khelaifi said he was "2000 per cent" sure the Brazil international would stay in 2018-19.

However, Al-Khelaifi revealed he would not stand in the way if a player wanted to leave the Parc des Princes.

"Nothing and nobody is bigger than the club, not the coach nor the players," Al-Khelaifi told L'Equipe.

"The club is and always will be first, it is bigger. If someone does not accept that and is not happy, then they leave.

"Each and every person must give their best and do their best for PSG… Since we have been here [Qatari ownership], we have won 19 trophies. That's enormous. But we are still criticised a lot. But those are things that happen to all these clubs.

"If today I was to tell you that we are going to leave, what would your opinion be?"

Neymar scored 28 goals in 30 matches for PSG before suffering a season-ending foot injury in February.

The 26-year-old netted 19 goals and tallied 13 assists in 20 Ligue 1 appearances as he was named the Player of the Year at the UNFP awards. 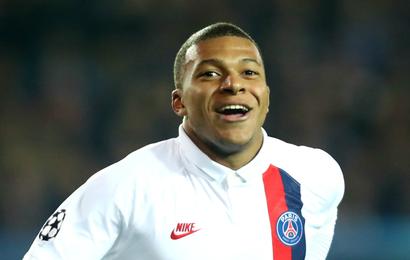