Ernesto Valverde is not concerned about Lionel Messi retiring anytime soon after the Barcelona star suggested he was beginning to think about bringing his playing days to a close when he received a record sixth Ballon d'Or.

Messi, 32, overtook long-time rival Cristiano Ronaldo in the Ballon d'Or stakes on Monday when he beat the Portugal forward and Liverpool defender Virgil van Dijk to the individual gong, despite the latter being many people's favourite.

During Messi's acceptance speech, he remarked that he is "aware of how old I am, everything happens very quickly and I know that the moment of withdrawal is approaching".

Barca team-mate Luis Suarez insisted Messi's comments had been misinterpreted by many, adamant the Argentina great will "continue for a long while yet".

And Valverde says he sees Messi's state of mind as entirely normal, convinced his comments have been blown out of proportion.

Speaking ahead of Saturday's visit of Real Mallorca, Valverde said: "It seems natural [to think about retirement]. It seems normal.

"Leo is 32 years old and, although I don't think he is thinking about retirement, it is something that is there [in the future].

"When a player goes over 30 [years old], he always sees the end closer than when he starts, but come on, I think it goes around too much.

"You have to see it naturally. It happens to everyone as the years go by. To think about it doesn't mean it's going to be in three days."

The privilege of coaching Messi is not lost on Valverde, though he expects the honour to become even more apparent in the future.

"One is aware of that, but sometimes the day-by-day does not let you enjoy it at all," Valverde said.

"I think they are things that are valued more over time. I am aware that I have the great fortune to be able to say in a time that I have trained Leo.

"In the same way that the elders talk about [Real Madrid great Alfredo] Di Stefano, we can tell those who come after we were in Messi's time and we enjoyed it, some as close as me." 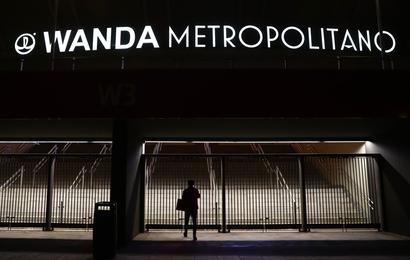