Under-fire Barcelona president Josep Maria Bartomeu said he could not sanction Lionel Messi's transfer to a rival club, reiterating his desire for the superstar captain to retire at Camp Nou.

Messi handed in a transfer request following a tumultuous 2019-20 season, which saw Barca humiliated 8-2 by Bayern Munich in the Champions League quarter-finals and dethroned by Real Madrid in LaLiga, before the six-time Ballon d'Or winner opted to stay this term.

The 33-year-old was tipped to join Premier League giants Manchester City and while the transfer did not materialise, Pep Guardiola's side are reportedly still eyeing a move for the Argentina skipper.

Bartomeu – facing a vote of no confidence next month following a motion against the incumbent president passed the threshold of 16,250 votes on October 8 – came in for criticism after blocking Messi's move and the 57-year-old explained his stance.

"Our priority was keeping Messi as part of our new project so I decided against starting a discussion," Bartomeu said.

"I had been accused of forcing his departure in order to balance our books. Well, no, we put the interests of the club first and didn't want to reinforce a direct rival. We made that decision knowing that we would be criticised for it.

"I understand the positions of everyone, empathising is important. In the case of Leo, it is good to get angry because it is not good to accept defeat and we have all gotten angry.

"But there was a deadline for him to announce whether or not he was going unilaterally. He didn't and here it is. We all want him to retire at Barca."

Bartomeu added: "Because of the Messi case, it never occurred to me to resign. For Barcelona, for the club, for the team, having Messi and having him retire here is the best option for everyone.

"The project is very interesting with young people and veterans, like Messi. And I think that, with him, we are going to win a title this season."

"Faced with the events brought about by the application of VAR during the game last Saturday against Real Madrid CF, the board of directors wishes to reiterate its confidence in VAR as a technology to assist referees with their work but, at the same time, expresses its absolute disagreement with regard to the criteria used for its application and interpretation in recent months," the statement read.

"The board considers that, in the cases of identical or very similar game situations, VAR has not upheld the essential criteria of ethics and fairness, which has had a serious negative impact on FC Barcelona and has benefitted its most direct opponents. It is public knowledge that other clubs in LaLiga have made public statements on the same issue.

"FC Barcelona urges the Spanish Football Federation to take immediate action, with the collaboration of the LaLiga clubs if it sees fit, to unify the criteria of interpretation and application and put an end to a situation that is damaging the image and credibility of what we consider the best league in the world."

Bartomeu said: "Just now when I was coming into the press conference I was informed that there are audio recordings of a lineman talking with the referee in Barcelona’s game against Real Madrid.

"We are going to analyse it. We have been requesting another verification of the VAR criteria for some time and we are calling for a joint reflection by the professional teams. It cannot be one way in some games and in another way in others."

Previous Bartomeu won't resign yet as Barcelona prepare for
Read 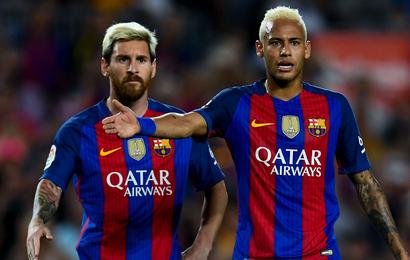 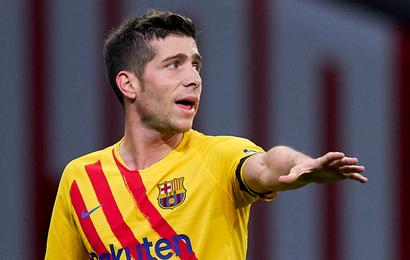 Messi, Busi, FdJ back for Barca