Given he delivered back-to-back LaLiga titles and left Barcelona still at the summit, Ernesto Valverde's departure appears perplexing on the surface.

There has been no great decline to speak of, no obvious player revolt and no boardroom bickering.

Why then have the Blaugrana opted to part ways with their head coach and replace him with Quique Setien, a man who could only lead Real Betis to a 10th-place finish last term?

We have taken a look at the five games which might have ultimately resulted in Valverde's exit.

After being beaten in both legs of the Supercopa de Espana by Real Madrid to begin his reign, things picked up for Valverde, who enjoyed a 36-match unbeaten run at the beginning of the 2017-18 LaLiga campaign.

However, two and a half weeks before that title triumph was sealed, Barcelona were stunned in Europe.

Valverde's side were in control of the tie having beaten the Serie A side 4-1 at home, but Roma became only the third side in Champions League history to overturn a first-leg deficit of three goals or more.

Greek defender Kostas Manolas scored the crucial third goal eight minutes from time as Roma went through on away goals and Valverde suffered his first, but not last, European humiliation.

Fast forward a year and a case of deja vu, with Barca sitting pretty on a 3-0 first-leg lead in their last-four tie against Liverpool.

The Reds were without Mohamed Salah and Roberto Firmino for the return fixture at Anfield, where Divock Origi's early goal only gave them a sliver of hope.

Yet Barca looked shell-shocked as Georginio Wijnaldum's double was followed up by another Origi strike, Liverpool incredibly progressing to a final they would win.

Described in the Spanish press as a "debacle", "tragedy" and "historic failure", the writing seemed to be on the wall for Valverde from that point.

Not even a second LaLiga title could silence Valverde's doubters, who had more ammo when his team lost to Valencia in the Copa del Rey final.

Valverde had hoped a victory would ease the pain of the Liverpool loss but Barca were stunned again, Kevin Gameiro and Rodrigo putting Valencia 2-0 ahead before Lionel Messi pulled one back.

Rather than wield the axe, though, club president Josep Maria Bartomeu absolved Valverde of blame for the result.

Away defeats to Athletic Bilbao, Granada and Levante would have looked costlier had the champions' nearest rivals Real Madrid not stumbled along themselves in the first half of this season.

Both teams' struggles were evident in a 0-0 Clasico draw at Camp Nou in December, but it was Barcelona's first result back after the mid-season break that would have set more alarm bells ringing.

Derby rivals Espanyol were bottom of the table and had not beaten Barca in LaLiga since 2009 but Frenkie de Jong was sent off as the strugglers claimed a 2-2 draw.

Five days later and it got even worse for Valverde and Barcelona.

Leading 2-1 in Saudi Arabia with nine minutes to go, the Blaugrana collapsed again late on, with Alvaro Morata and Angel Correa sending Atletico through to a final against their cross-city rivals Madrid.

It meant Barcelona had won just one of their previous five games, a sour note to end on for Valverde.

Next Best of the La Liga season so far...
Read 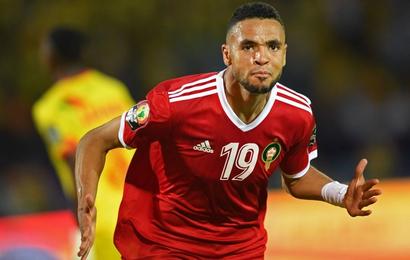 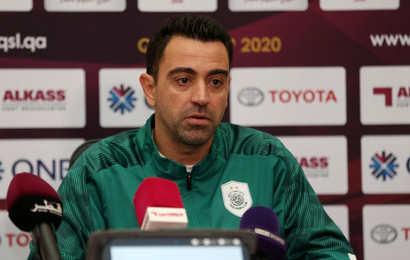 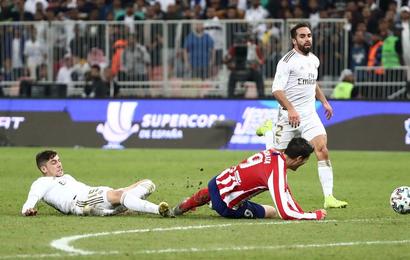 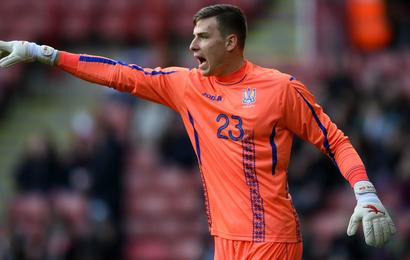 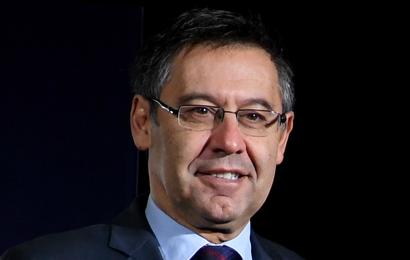 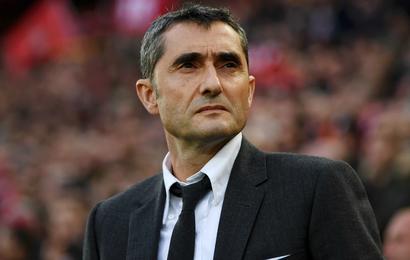 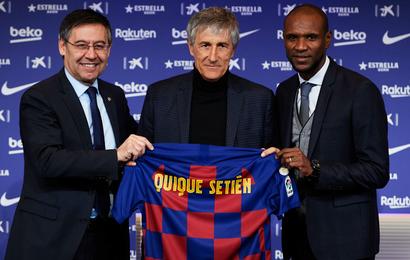 Behind the Scenes: Setien starts life at Barcelona