YOU CAN FOLLOW ALL THE ACTION VIA BEIN CONNECT

The FIFA World Cup qualifiers are underway in Europe and an enticing matchup is set to get us started as Turkey take on the Netherlands. The two will kick off their first of ten qualifying games in hopes to reach the FIFA 2022 World Cup in Qatar on Wednesday evening.

The Dutch national side has gone through somewhat of a dramatic change over the past 12 months. The departure of Ronald Koeman as coach had affected the national side as Koeman had built a solid team who played in a system that seemed to really suit the players. However, since the appointment of Frank De Boer, a set formation and starting lineup are yet to be determined with the new boss looking to see the full qualities of his side.

Another challenge for De Boer will be trying to get the blend right between upcoming youngsters and a more established group of players. For now,  De Boer decided to go with the trusted and experienced lineup as opposed to assigning a full roster full of youngsters, which is understandable when it comes to the qualifiers.

With the Netherlands failing to reach the World Cup finals in 2018, there will be real pressure on this new side of youth, skill and will power in order to get back to their highest level of Football, something former Dutch forward Ruud Gullit claims the Dutch side have not been in able to do thus far. 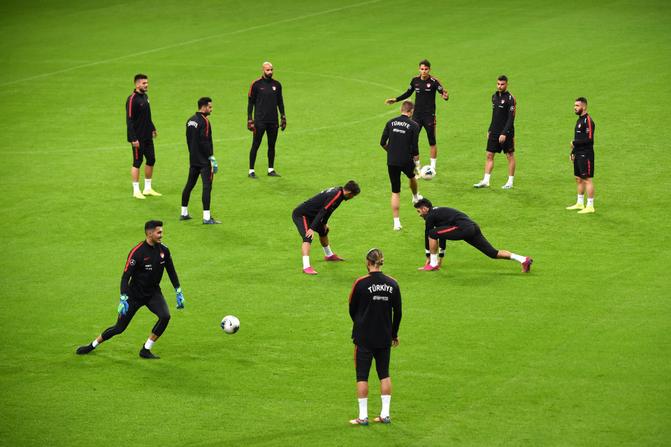 Turkey is also another team with a developing squad of great quality. Many of the players from this generation representing Turkey now play in Europe's top five leagues and have made strides in their professional careers that brings hope for Turkish football. Big names such as  Hakan Calhanoglu, Ozan Kabak & Caglar Soyuncu all suggest that Turkey has the experience & quality to qualify for the World Cup.

Turkey has not managed to reach the finals since 2002,  Now, under Şenol Güneş the pressure will be on to deliver a place at the world cup for the first time in twenty years.

Ruud Gullit believes in the importance of having players who play for Turkey playing in Europes biggest leagues, however, he also believes that having not featured in a World Cup since 2002, the Turkish national team can at time be 'over passionate' which can create real pressure as well as high expectations for the team.

The last time the two nations faced off Turkey were all over the Dutch with a sweeping 3-0 win back in 2015. However, from their last five matches, the Netherlands have usually come out on top with three wins to Turkey's one, along with two draws.

It certainly looks like an exciting opening game for the European qualifiers between two passionate teams with developing players. You can watch the Netherlands take on Turkey in the FIFA World Cup qualifiers on beIN SPORTS 1 ENGLISH.