Ivory Coast's defence of the Africa Cup of Nations remains in doubt despite rescuing a 2-2 draw with DR Congo on Friday.

Geoffroy Serey Die's deflected strike midway through the second half ensured a share of the spoils for the reigning champions at Stade d'Oyem and denied Florent Ibenge's side a win that would have sealed their place in the knockout phase.

Neeskens Kebano opened the scoring for DR Congo after only nine minutes but Wilfried Bony, restored to the starting line-up, equalised with a firm header.

Junior Kabananga netted for the second time in two games to restore DR Congo's advantage in the first half but, just as Ivory Coast were looking short on ideas, Serey Die struck to level the match once more.

Michel Dussuyer's side pressed for a winner in the closing stages and had a stoppage-time goal from substitute Salomon Kalou ruled out for offside, meaning they will most likely need to defeat Morocco - coached by the man who led them to the 2015 title in Herve Renard - in their final Group C game to have a chance of progressing.

DR Congo, meanwhile, will head into the final round of fixtures two points clear unless Togo beat Morocco later on Friday to join them at the summit.

Ibenge's side settled better and capped a strong start with a fine opening goal after nine minutes.

Kabananga, who scored the winner against Morocco, turned a long throw-in into the path of Kebano, who rifled a first-time shot across goal and into Sylvain Gbohouo's bottom-right corner from just inside the area.

Gabriel Zakuani, who was fit enough only for the bench, had warned before the match that his side needed to improve their defending from crosses and Ivory Coast almost exploited that weakness 22 minutes in, Bony heading wide from Serge Aurier's early delivery.

Bony made no mistake four minutes later, the striker rising highest in a crowded box to power Max Gradel's corner into the net from 12 yards, but parity lasted scarcely 90 seconds.

Firmin Ndombe Mubele created space down the right and clipped a cross to the far post, where Kabananga rose unmarked to nod home from inside the six-yard box.

Substitute Simon Deli glanced a Gradel free-kick wide when picked out unmarked near the penalty spot as Ivory Coast immediately turned up the pressure after half-time.

Ley Matampi parried a strong drive from Cheick Doukoure but he could do nothing to stop Ivory Coast snatching a fortunate equaliser with 23 minutes of normal time left.

Serey Die collected the ball 25 yards from goal and drilled in a shot that took a big deflection, wrong-footing Matampi before nestling into the bottom corner.

Dussuyer introduced Kalou for the final 15 minutes and the former Chelsea man thought he had given his side the win in the 92nd minute as he swept Aurier's free-kick into the top of the net, but the assistant referee's flag was correctly raised for offside.

Ivory Coast's fate will now be decided at the same venue against Morocco on Tuesday, and they may need a favour from DR Congo on matchday three. 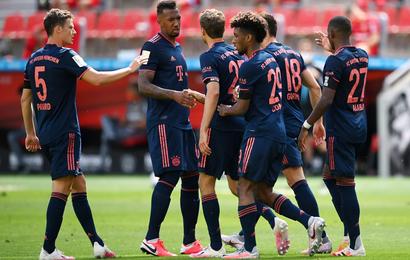