The position of Goalkeeper is rarely a priority for fans, with the emphasis usually on the flair players like attacking midfielders, wingers, and strikers. But as we’ve seen with Liverpool and their signing of Alisson, a good goalkeeper can make a world of difference in a team’s performance. Here we look at 5 of the best keepers in Europe at the moment.

Note: We are not going to discuss the obvious picks like the afore-mentioned Alisson, Ter Stegen, or De Gea, but the ones that may sometimes be overlooked or on the move in the coming months.

Little was known about the Ukrainian Andriy Lunin when he signed for Real Madrid in 2018, though an €8.5 million fee that could have risen to over €13 million raised a few eyebrows.

Having played for first Dnipro and then Zorya in the Ukrainian Premier League, the highlight reel of his performances was not an easy get, though Lunin’s ability rose to prominence during the 2019 FIFA U20 World Cup in Poland, where Lunin was awarded the Golden Glove for being the best goalkeeper at the tournament as Ukraine marched to their first-ever title, dispatching USA and Italy along the way (Norway’s Erling Haaland finished top scorer).

Lunin’s tournament was even disrupted mid-way, having been forced to miss his side’s Quarter-final win over Columbia as he was part of the senior squad playing in the European Championship Qualifying rounds.

2 - Leganes' Andriy Lunin has saved all the two penalties he has faced this season in all competitions. Cat. pic.twitter.com/esIX6OhvUh

When Alban Lafont was thrust into the Toulouse first time in 2015, he kept two clean sheets in his first two games, and 8 in his last 24 which allowed the struggling side to escape relegation on the final day of the season.

This marked a dramatic improvement for the Violets, who had been 10 points away from safety when Lafont was first selected, and the French youth international started the next season with 4 clean sheets in 10 games, including shutouts against Marseille and Paris St-Germain.

Later on, in the season he marked his 50th Ligue 1 appearance with yet another clean sheet against PSG, and with 11 clean sheets in 38 games, followed by 12 in the 2017/18 season. Having moved to Fiorentina, he is now back in France, on loan at Nantes.

The towering Cameroonian international has only just turned 24, which leaves Onana plenty of time to improve, despite already having plenty of first-team experience, having been the first-choice goalkeeper for Ajax since 2016.

An important part of the side that took Tottenham to the wire in the 2019 Champions League Semifinals, Onana’s numbers in the competition confirm that he is already the real deal. Among goalkeepers playing at least 600 minutes in the competition, he recorded the second-highest highest overall save percentage, only being outdone by Liverpool’s Alisson.

Inter Milan’s Samir Handanovic had higher numbers as well, but as Inter were eliminated much earlier than Ajax, his sample size is much smaller. When narrowing the focus to saves from inside the box, Onana is only behind Alisson and Manchester United’s David De Gea, suggesting the former La Masia graduate is capable of pulling off match-saving saves. 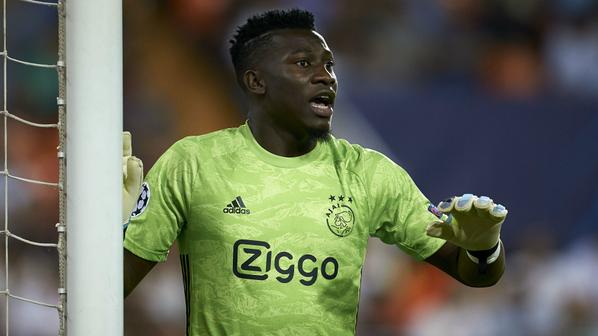 The Manchester United academy graduate is still to make his first-team debut for the Red Devils, his path to the side blocked by a certain David De Gea.

Instead, Henderson has had to bide his time, with various loan spells allowing him the opportunity to hone his craft in the lower leagues. Joining Sheffield United for the 2018/19 season, Henderson played a vital role in securing their promotion to the Premier League and was named the Blades’ Young Player of the Season as well as winning the Championship Golden Glove, with 22 clean sheets in the division.

Having also broken into the England squad, Henderson is sure to be enjoying calls for him to be selected ahead of Jordan Pickford, his award-winning Championship form having been carried over to the Premier League this season.

That De Gea still remains at Manchester United despite sustained interest from Real Madrid, however, might mean that Henderson is forced to look elsewhere to further his career and ambitions.

8 - Dean Henderson has now kept eight clean sheets in the Premier League this season – the joint-most in the competition in 2019-20 alongside Kasper Schmeichel. Helping. #SHUWHU pic.twitter.com/i4njiPCIrI

AC Milan’s young goalkeeper has been in the spotlight for several seasons already, having made his professional debut as a 16-year old. Already heralded as the heir to Gianluigi Buffon, many assumed that he would be leaving the San Siro, with AC Milan’s financial woes and lack of Champions League qualification a major problem in hanging on to one of the brightest prospects in European football. Juventus have been circling menacingly, though Chelsea have emerged in recent weeks in the hope of luring him to Stamford Bridge. Still only 21, Donnarumma has more than a decade left in his career and if he continues in this trajectory will be one of the world’s best in no time.

87.3% - Starting from November 2018 Gianluigi Donnarumma is the goalkeeper with the highest save in terms of percentage in top-5 European Leagues (min.3 apps). Safety. pic.twitter.com/jINGwa7qu2