Chapecoense's stirring response to the tragedy that decimated their team has been honoured at the Laureus Awards.

The Brazilian club were travelling to Medellin for the first leg of the 2016 Copa Sudamericana final against Atletico Nacional when their plane crashed, killing 71 people including the majority of the first-team squad.

A truly remarkable comeback from such unimaginable adversity and heartache culminated in qualification for the preliminary rounds of the 2018 Copa Libertadores and Laureus gave Chapecoense its Best Sporting Moment of the Year award at the charity's annual gala in Monaco on Tuesday.

Chape began 2017 by winning the Campeonato Catarinense, before being defeated in an emotional Recopa Sudamericana by Atletico, the club whose graciousness in requesting the Brazilian side be named Copa Sudamericana winners ensured the players who lost their lives would be remembered as "eternal champions".

The club were eliminated from this year's Libertadores after fielding an ineligible player, while Flamengo sent them out at the last-16 stage in the Sudamericana.

Barcelona hosted Chapecoense in the Joan Gamper Trophy in August and won 5-0, with defeat to Urawa Reds in the Suruga Bank Championship following for the Brazilian side.

Vagner Mancini and Vinicius Eutropio were sacked before Gilson Kleina replaced interim coach Emerson Cris to become the fourth man at the helm in October, and he masterminded a surge away from the relegation zone and into the Libertadores.

Qualification for South America's premier club competition came via a 2-1 victory over Coritiba in December, with Tulio de Melo netting a 95th-minute winner to spark jubilant celebrations at Arena Conda.

Next Pochettino spoke to Alli after latest controversy
Read 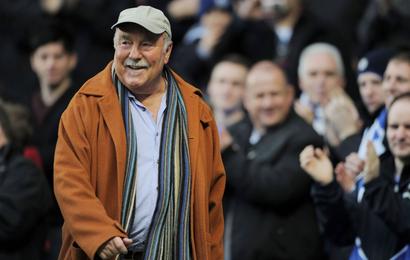