Carlo Ancelotti saw room for improvement following Bayern Munich's 1-0 DFB-Pokal win over Wolfsburg, but was pleased with his side's progress to the quarter-final.

Douglas Costa handed Bayern the lead early in the first half and the Bavarians created a number of chances to add a second.

They failed to double their lead, though, and were eventually fortunate not to concede a late equaliser as Wolfsburg applied pressure in the final 10 minutes.

"I am satisfied with our performance during the first 80 minutes," Ancelotti stated at a news conference.

"We were completely in control. But we failed to score a second goal.

"We had a few problems in the final 10 minutes of the game. Wolfsburg pushed hard for an equaliser.

"But in the end all that matters is that we are into the quarter-finals. That is very important."

Wolfsburg coach Valerien Ismael, meanwhile, was happy with his teams display regardless of their defeat.

"I think we put in a very good performance and were very disciplined," he said.

"We were solid at the back and did not allow them many chances. We showed more courage going forward toward the end and got some fine chances. We nearly rewarded ourselves.

"All in all, it was a solid performance and we can build on this in the Bundesliga."

Next Lahm to quit at end of season
Read 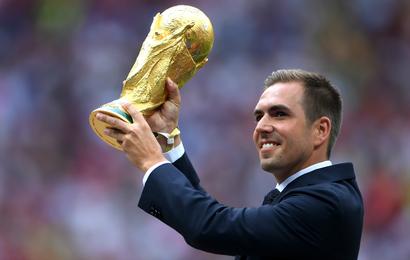