Champions of Asia and Africa clash on Saturday afternoon as Al Hilal take on Esperance at the Jassim Bin Hamad Stadium. The winner of the contest will take on Flamenco in the semi-final of the tournament.

Al Hilal are fresh from lifting the AFC Champions League title, defeating Urawa Reds of Japan 3-0 on aggregate, sealing a first continental crown since 2000. Now, attentions will turn to the Club World Cup and a potential dream final against European Champions Liverpool. They’ll certainly be relishing their debut at the Club World Cup.

The Saudi side pulled out all the stops in recent transfer windows to bring some of the very best professional talents on offer to the side, including Italian attacker Sebastian Giovinco and Peruvian international winger André Carrillo. 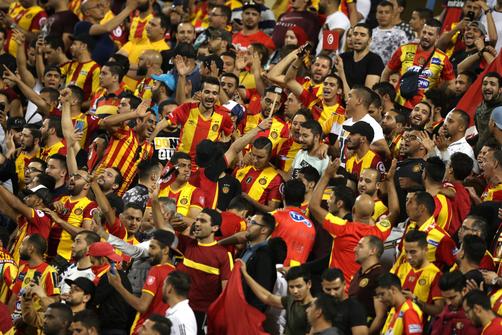 As for Esperance, they secured their place in Doha after winning the CAF Champions League eventually overcoming Wydad Casablanca to win a second consecutive continental crown. The second leg of the final was eventually abandoned, and CAF ruled that the Tunisian side should be awarded the victory.

This will be a third visit to the Club World Cup for Esperance, and Moïn Chaabani’s side will be hoping to learn from the mistakes of last year’s appearance in the UAE when they were comprehensively beaten 3-0 by hosts Al Ain.

Plenty of fans should be in the Jassim Bin Hamad Stadium to cheer on the Tunisian side, and striker Anice Badri will be the man to watch for the CAF Champions. Badri has started impressively in the league, scoring four goals in six games and is likely to lead the line for his side.

The Tunisian international also scored the winner against Algerian side JS Kabylie last time out in the CAF Champions League and will be eager to continue his goalscoring form against the champions of Asia.

Two of the biggest sides in the Arabic world will clash at the Club World Cup. Follow all of the action from Al Hilal Vs Esperance Tunis via beIN CONNECT.