Eden Hazard came off the bench to score a wonderful winner as Chelsea battled from behind to beat Liverpool 2-1 in the EFL Cup third round, the Reds seeing their winning streak end at Anfield.

Liverpool led thanks to Daniel Sturridge's acrobatic effort, with Jurgen Klopp's men seeking to extend their victorious run at the start of 2018-19 to eight games despite resting Mohamed Salah.

Hazard was also on the bench, but Chelsea's talisman made a telling impact following his introduction to deliver the free-kick that led to Emerson Palmieri's 79th-minute equaliser before netting a stunning solo strike with five minutes left.

After nutmegging Roberto Firmino in the build-up, Hazard swapped passes with Cesar Azpilicueta, cut inside off the right, dashed past a static defence and lashed an unstoppable drive across Simon Mignolet.

Liverpool, though, will quickly have a chance for revenge as they head to Chelsea protecting a perfect Premier League record for a blockbuster Stamford Bridge clash on Saturday. 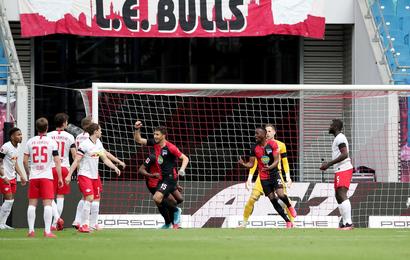