It’s finely poised in the Copa del  Ray semi-final as Real Madrid take on rivals Barcelona in the first of two season-defining El Clasico contests in four days.  As ever, you will be able to watch all the coverage from Madrid Live & Exclusive on beIN CONNECT.

Real Madrid warmed up for this titanic mid-week clash with a narrow 2-1 win over Getafe on Sunday. VAR came to the rescue for Los Blancos, as two penalty decisions went the way of Santiago Solaris side which was duly converted by Karim Benzema & Gareth Bale.

With Madrid nine points away from their rivals in the league, the Copa del Ray represents the best chance of silverware for Santiago Solari, who desperately needs a trophy to at least confirm his stay in the Spanish capital beyond the summer. The contest comes at a crucial moment for the reigning European Cup winners with a round of sixteen tie against Ajax coming up following the second Clasico against Barca on Saturday.

It team news, Real will welcome back captain Sergio Ramos into the side following suspension and will boost a backline that looked fragile at the weekend. Elsewhere. Keylor Navas is expected to get the nod between the sticks as designated cup keeper. Despite scoring at the weekend, Gareth Bale may have to settle for a place on the bench, as young Brazilian winger Vinicius Junior continues to impress. 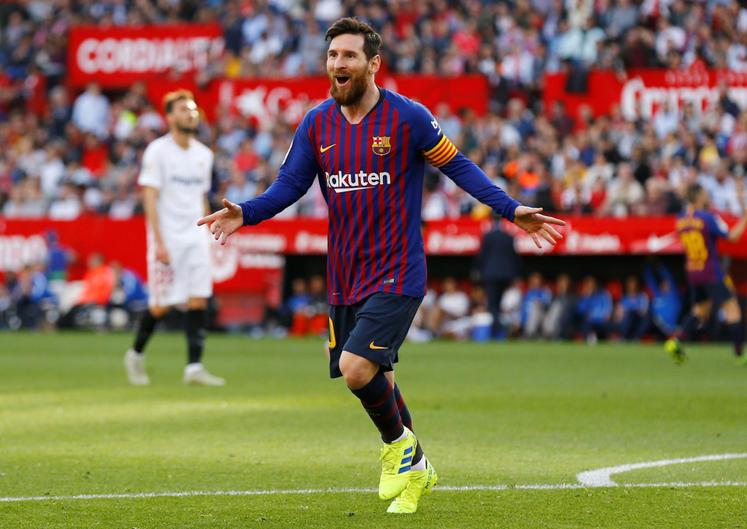 The defending Copa del Rey champions Barcelona will be relishing their midweek trip to Madrid to further underline their dominance against bitter rivals Real Madrid. Barca warmed up for the game with an impressive come from behind 4-2 against Sevilla.

Yet again, Leo Messi shone for the Catalans scoring a hattrick, including a thumping volley from 30 yards out. The result leaves Ernesto Valverde’s side seven points clear in La Liga and bar any major mishaps home and hosed for the league title.

In team news, Valverde may elect to change up the side with an eye on the league encounter on Saturday. Samuel Umtiti returned to the side against Sevilla but may have to settle for a place on the bench. In goal Marc-André ter Stegen will start as cup keeper Jasper Cillessen is still injured.  Whilst in midfield, Carles Alena could start ahead of Arturo Vidal.

It promises to be a fascinating encounter as Real Madrid and Barcelona battle it out for a place in the Copa del Rey final. As ever, you can follow all the action Live & Exclusive via beIN CONNECT.