Barcelona and Real Madrid lock horns in the Copa del Rey on Wednesday evening, in the first leg of the semi-final. Barca is currently six points clear at the top of the La Liga standings, whilst their bitter rivals Real are slowly starting to put together a run of form under Santigo Solari. As ever, you can watch all the action from the Camp Nou Live & Exclusive with beIN SPORTS & beIN CONNECT.

The Catalans warmed up for their midweek El Clasico with a 2-2 draw with Valencia, with Leo Messi grabbing a brace as Barca came from 2-0 down to gain a share of the points. One concern for fans will be the sight of Messi receiving medical treatment for a knock during the game, however, the Argentine playmaker did play the full 90 minutes for his side.

The buildup of the game has been dominated by the fitness of the Barca captain who did sit out of Monday’s training as a precaution. This could leave Ernesto Valverde with a selection dilemma heading into the game, seeing if he should risk the talismanic attacker from the start or opt to put Messi on the bench.
,However Barca will be boosted by the return of French winger Ousmane Dembele who is in line to a return to the squad. The 21-year old has been out of the side for the last four weeks with an ankle complaint and has resumed full training this week.

In other injury news, Cup keeper Jasper Cillessen is out with a calf complaint meaning that Marc-Andre ter Stegen will start in the Copa del Rey for the first time this season. Midfielder Sergi Busquets is also in contention after missing out on the draw with Valencia through suspension. 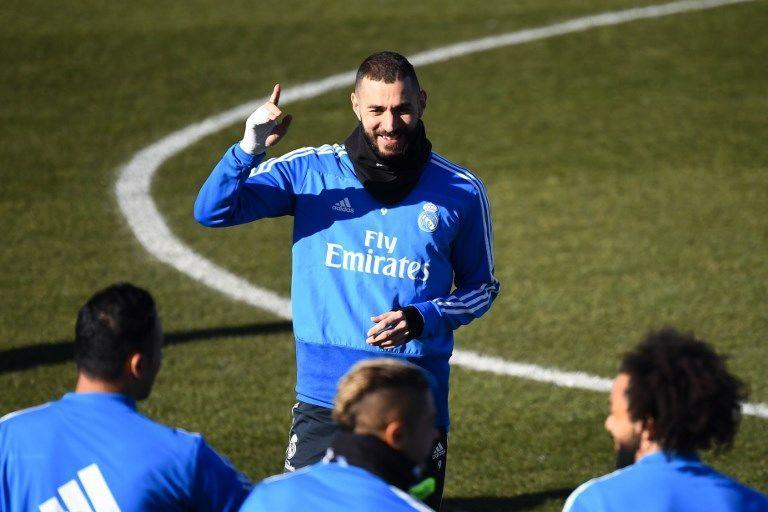 As for Real Madrid, they head into the Clasico on a wave of good form and have currently won their last five games in all competitions. Brazilian sensation Vinícius Júnior scored his first La Liga goal and put in an impressive display as Los Blancos brushed aside Alaves 3-0. The victory but Santiago Solaris side within two points of second-placed Atletico Madrid and just eight away from Barcelona.

The last time the two sides faced off in October at the Camp Nou, Barca thrashed Real 5-1 in what was the final game for then coach Julen Lopetegui. Since then Los Blancos have turned to former player Santiago Solari to revive the fortunes of the side, and after a slow start, Real seem to be hitting their stride just in time for the business end of the season.

In team news, Solari will be faced with a selection dilemma after a number of key players have returned to fitness in time for the game. The defensive pairing of Dani Carvajal and Raphael Varane should be back after sitting out the Alaves through suspension. Marcello is also likely to start in the place of Sergio Reguilon at left-back. Lucas Vazquez didn’t play a part against Alaves and should play a part in the side. After returning to first team action after a month away, against Alaves, Gareth Bale failed to shine and may have to settle for a place on the bench. One thing is for certain is that Vinícius Júnior will start on the left after his match-winning performance last time out.

Karim Benzema has been in fine form in recent weeks and has six goals in his last four appearances for Los Blancos. The French attacker should get the nod upfront, and could be key in Real reaching the final in this two-legged battle against Barcelona.

El Clasico games always promises to be a feisty encounter. Follow all the action, Live & Exclusive with beIN SPORTS.