On as a second-half substitute, teenager Greenwood demonstrated composure beyond his years when he rifled home the only goal in the 76th minute.

His fine finish consigned Antonio Conte to defeat in his first match in charge of Inter, which was played against the backdrop of transfer speculation surrounding Romelu Lukaku.

The injured striker played no part in the wake of reports Inter had unsuccessfully tabled a £54million bid, an offer United might reconsider if Greenwood's emergence continues.

United welcomed David de Gea and Luke Shaw back into the starting XI and the latter went closest to an early opener, fizzing a shot past Samir Handanovic's left post.

Anthony Martial tested the Inter captain with a dipping drive midway through the half and the Premier League side's lively start should have been rewarded with the opener on the 30-minute mark.

Shaw escaped into space on the left flank and dragged a cut-back towards Marcus Rashford, but goalkeeper Handanovic got just enough of a touch to muddle the striker's feet.

Daniel James sliced wide from a promising position towards the end of the first half and the pressure on Inter did not relent in the moments after the interval.

Martial this time sliced through a static defence and provided Jesse Lingard with a golden scoring opportunity, but his unconvincing finish was hacked off the line.

United skipper Nemanja Matic then headed against the upright from the resultant corner.

Substitutes Andreas Pereira and Tahith Chong had appeals for penalties waved away as Inter continued to cling on, although a raft of substitutions on both sides did somewhat stymie the flow of proceedings.

That was until Greenwood clinically punished a poor Handanovic punch, twisting away from a tackle in the box and making no mistake with a rasping finish.

An instinctive effort from the goal-scorer found the woodwork with 10 minutes to play but his impression on the match - and surely Ole Gunnar Solskjaer - had already been made.

Next Manchester City lose to Wolves on penalties in Pre
Read 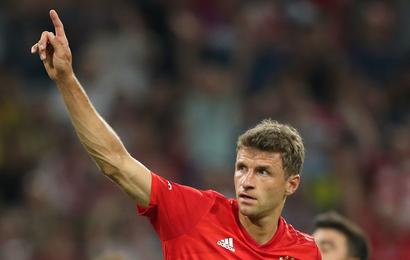